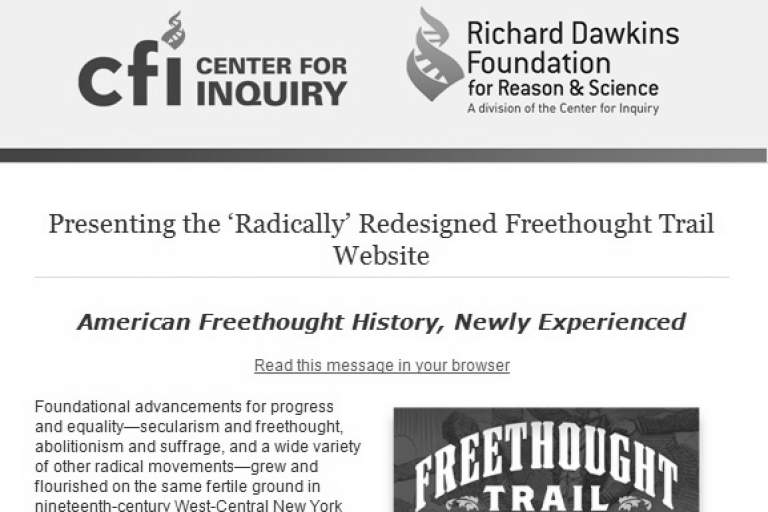 The "soft open" is over. The newly redesigned Freethought Trail website is now live.

AMHERST, N. Y., March 15 -- Today the Center for Inquiry and the Richard Dawkins Foundation for Reason and Science formally announced the debut of the "radically" redesigned Freethought Trail. The full announcement can be read online.

"The new Freethought-Trail.org is fresh with gorgeous visuals, simple navigation, and most importantly, a trove of information on the individuals, groups, places, and social movements that made nineteenth-century West-Central New York such a flashpoint of progressivism, radicalism, and reform," the release declares.

Redesign of the Trail website was funded by a grant from the James Hervey Johnson Charitable Educational Trust. Web design was by Ingenious Inc. of Buffalo, New York.