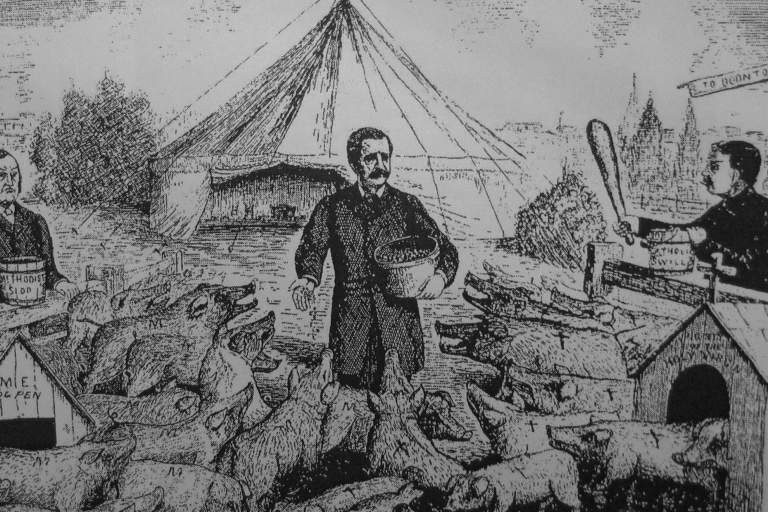 About the Freethought Trail

The Freethought Trail is site-focused, designed especially for the history enthusiast who yearns to understand—and, in better times, to stand on—the spot where a historical event occurred, regardless of whether or not the site is marked or interpreted today. Some Freethought Trail sites feature historical markers or even museums; others are unmarked and may be unknown among area residents.

The birthplace museum of the famous orator, political speechmaker, and outspoken agnostic Robert Green Ingersoll is the co-anchor of west-central New York's Freethought Trail. All Trail sites are within a two-hour drive of the Robert Green Ingersoll Birthplace Museum in Dresden, New York. (In addition, Ingersoll made some thirty-three public lectures within the Freethought Trail's coverage area.) The Matlida Joslyn Gage Center, located in Gage's adulthood home in Fayetteville, New York, is the other co-anchor.

The Freethought Trail can be navigated in many ways:

Freethought Trail locations sorted by the cause that was fought for with the actions at each location.

Freethought Trail locations sorted by the name of the person associated with each site.

Freethought Trail locations sorted by the city/town in which they exist.

Freethought Trail locations sorted by the event that took place at each site.

Curated Trails bring together all sites relating to a specific cause, person, or locality, complete with a route map. Enjoy your explorations!

The Freethought Trail is a project of the Council for Secular Humanism, a program of the Center for Inquiry, Inc. The Trail was conceived in 2003 and went live in 2005. Its second iteration was designed in 2009. Development of this third iteration of the Freethought Trail website (2018) was funded by a generous grant from the James Hervey Johnson Charitable Educational Trust.

West-central New York State plays a special role in America’s history of radical reform. During the nineteenth and early twentieth centuries, this region gave rise to a cornucopia of bold new intellectual and social movements, new religions, utopian communities, and industrial and technical innovations. West-central New York was to nineteenth-century America what southern California became in the twentieth century: a bellwether, a cauldron of novelty. Why?

It all began with the Erie Canal. Opened in 1825, the Canal connected the Great Lakes to the Atlantic Ocean, cutting transport costs by some 95 percent. New York City, the Canal’s eastern terminus, quickly became the nation’s largest port. Towns and cities along the canal route grew explosively. By 1850, 80 percent of New York's population lived within twenty-five miles of a canal. The area between Rochester and Utica flooded with newcomers. Some sought prosperity; others pursued some religious or social ideal. Men and women of every social, ethnic, political, and religious background mixed in unpredictable ways. Cut off from their families and their communities of origin, many felt free to explore radical new ways of arranging their lives.

So fertile was the region for new religious ideas that it became known as the Burned-over District: so many evangelists, revivalists, and new prophets had crossed its landscape that it seemed the people were “burned over” and could welcome no more. But west-central New York also hosted another kind of radicalism that is sometimes forgotten by history: freethought, a social and intellectual movement that questions traditional orthodoxies and denies religious dogmas. Alongside the freethinkers stood other radical reformers: abolitionists … suffragists and other champions of woman’s rights (nineteenth-century practice was to use the singular, woman's; later practice was to use the plural, women's) … sex radicals … dress reformers … Utopian communalists, anarchists, and more. Often they were the same people. In other cases representatives of seemingly independent causes intertwined in surprising ways. (To name one example: Suffragist Elizabeth Cady Stanton was cousin to abolitionist philanthropist Gerrit Smith and met her future husband at a social event held at Smith’s mansion.) Radical reform in west-central New York State forms a fabric whose weave is intricate and always surprising.

Sites and attractions relating to this rich, forgotten history beckon the curious visitor. All of them lie within a two-hour drive of Dresden, New York, birthplace of the nineteenth-century agnostic orator Robert Green Ingersoll. Some host fully developed historical attractions. Some bear informative markers. And some are unmarked sites whose importance to the history of radical dissent may be appreciated only by explorers of the Freethought Trail.

Whether you’re exploring this website out of pure curiosity or hoping to make a future trip through west-central New York, please enjoy all the Freethought Trail has to offer!

Thank you for visiting! 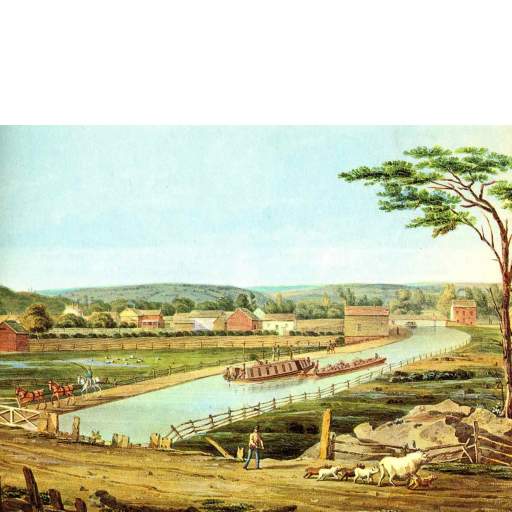