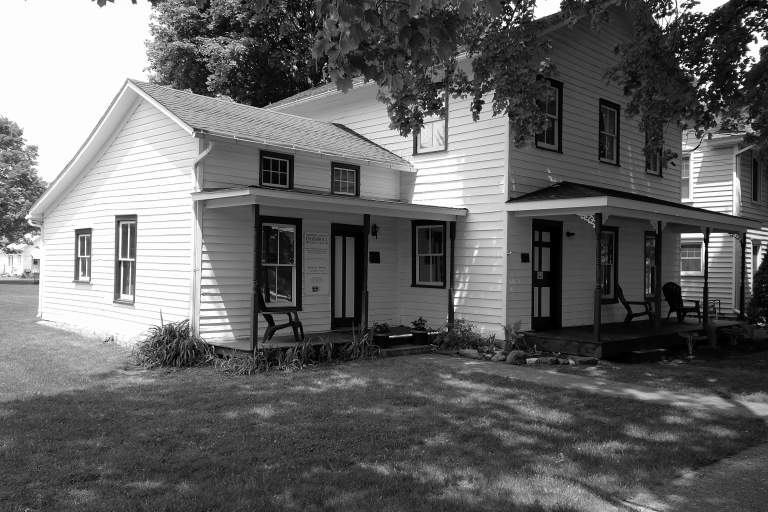 Ingersoll Museum to Remain Closed Due to COVID-19

For Immediate Release: Due to the COVID-19 pandemic, the Council for Secular Humanism announced this week that the Robert Green Ingersoll Birthplace Museum will not open as scheduled on Memorial Day weekend, and will remain closed until further notice.

Due to the COVID-19 pandemic, the Council for Secular Humanism announced this week that the Robert Green Ingersoll Birthplace Museum will not open as scheduled on Memorial Day weekend, and will remain closed until further notice.

“The International Council of Museums estimates that 95 percent of the world’s museums have shut their doors due to the pandemic – and that one in ten of them might never reopen,” said Tom Flynn, director of the Ingersoll Museum and Editor of Free Inquiry magazine. “Whether in midsummer or fall or in 2021, the Robert Ingersoll Birthplace Museum will re-open.”

The Museum will open during Summer or Fall 2020 if conditions permit. Information on opening dates will be posted at www.secularhumanism.org/ingersoll.

Opened to the public for the first time on Memorial Day in 1993, the Robert Green Ingersoll Birthplace Museum was purchased in 1987 and restored by the Council for Secular Humanism, a program of the Center for Inquiry. The museum takes visitors to New York’s Finger Lakes region on a journey through one of America’s most transformative eras through the eyes and voice of the nineteenth century’s most popular, erudite, and electric public speaker, known as “The Great Agnostic” for his powerful and persuasive speeches advancing reason and secularism.

Those curious about the life and times of Ingersoll can explore the Freethought Trail, which, apart from being a real-life historical experience, is also a deeply researched website that honors the legacy of west-central New York’s nineteenth-century radical reform movements for issues such as women’s rights, abolitionism, and secular humanism. The Trail also offers a record of Ingersoll’s oratory events with the searchable Ingersoll Chronology Database.

The Center for Inquiry (CFI) is a nonprofit educational, advocacy, and research organization headquartered in Amherst, New York, with executive offices in Washington, D.C. It is also home to the Richard Dawkins Foundation for Reason & Science, the Committee for Skeptical Inquiry, and the Council for Secular Humanism. The Center for Inquiry strives to foster a secular society based on reason, science, freedom of inquiry, and humanist values. Visit CFI on the web at centerforinquiry.org.