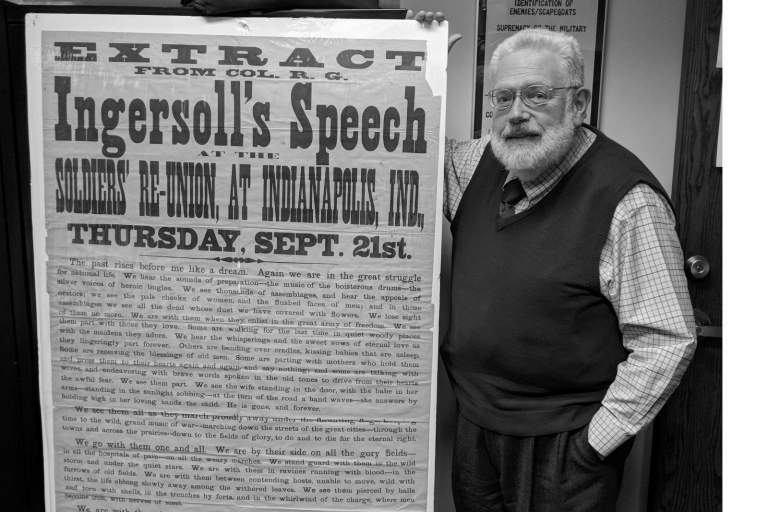 The poster presents a lyrical reflection on the Civil War from Ingersoll's September 21, 1876, political speech to a veterans group in Indianapolis. This excerpt became known as "A Vision of War" and was reprinted in countless forms including lavish illustrated editions. It was regarded as one of the two premier literary responses to the Civil War, the other being Lincoln's Gettysburg Address. It only lost this stature following the publication of Stephen Crane's The Red Badge of Courage in 1895.

This broadside was printed days or weeks after the Indianapolis speech so that individuals could crowd around and read Ingersoll's soaring word-portrait of the privations faced by Civil War soldiers and their families. Very few specimens survived because they were printed on cheap, coarse-finish paper with a high acid content.

This broadside was donated to the Ingersoll Museum by Susan Starr and Saul Dunn in memory of their brother, William Dunn. It will undergo conservation and be framed, then will be unveiled at the Ingersoll Museum's SIlver Anniversary conference in Syracuse, New York, on August 18, 2018. After that it will go on display in the Robert Green Ingersoll Birthplace Museum for its 2019 season. It will become an anchor display piece for the room that explores Ingersoll's Civil War service and its aftermath. 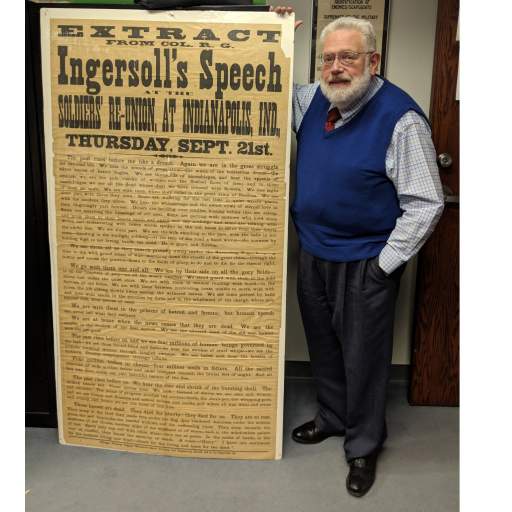