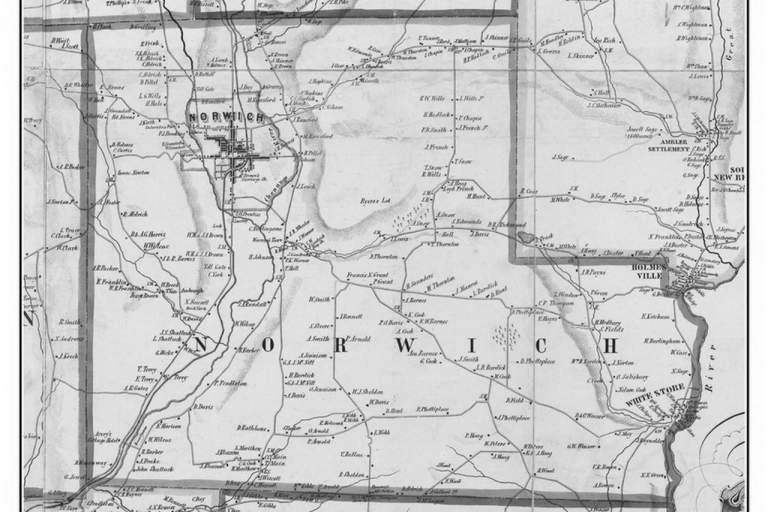 Norwich (population estimated at 6,396 per 2020 Census data), the seat of Chenango County, was once an economic powerhouse. It was a regional rail center until the mid-twentieth century. In addition, the company best known as Norwich Pharmaceuticals was founded here in 1887. In 1893, the firm introduced Unguentine as a surgical antiseptic. The product later became popular among consumers as a topical antiseptic. In 1901, Norwich created the liquid antacid later named Pepto-Bismol. Unguentine and Pepto-Bismol became hugely popular consumer products; Pepto-Bismol remains so today. Norwich Pharmaceuticals was acquired by Morton International in 1969, then sold to Procter & Gamble in 1982. Its operations in Norwich dwindled, leaving the community economically adrift for some time. Its economy has since partially recovered; today it hosts the headquarters of NBT Bank, a regional financial institution; and Chobani, the national marketer of Greek yogurt.

On February 26, 1885, Robert Green Ingersoll, the nation's premier freethought orator, delivered a lecture in Norwich. The building in which he spoke, the Breese Opera House, is a contributing building of the Courthouse District and endures today. Moreover, across the entire Freethought Trail catchment area (roughly, from Rochester to Rome, New York) it is the only venue at which Ingersoll spoke that is still standing. 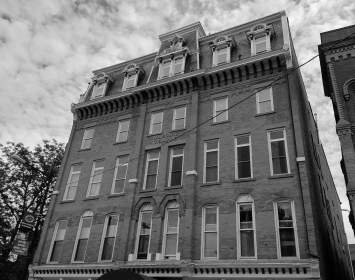