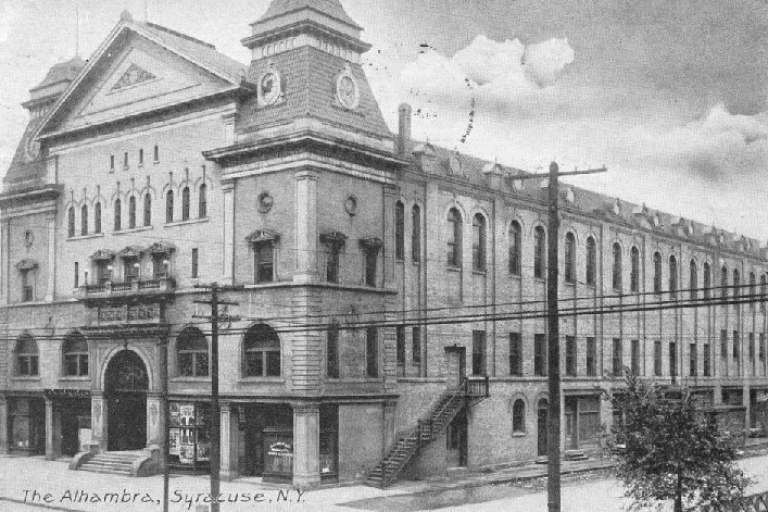 On April 2, 1893, freethought orator Robert Green Ingersoll delivered one of his most popular literary lectures, "Shakespeare," at Syracuse's Alhambra Theater. The theater stood at 275 James Street, at the corner of Pearl Street.

The Alhambra was originally built in 1884 during a roller skating craze. It featured a roller rink and an auditorium / great hall, where lectures (presumably including Ingersoll's) and political meetings took place. The rink was also adapted to support attractions like an 1897 bicycle show where hundreds of bicycle models were displayed. On December 20, 1889, an early-morning fire claimed the structure.

A second Alhambra was erected on the same site. It became a cultural center, hosting such world-class performers as opera singer Adelina Patti and piano virtuoso Ignacy Jan Paderewski. Ironically, both had their performances interrupted by the passage of trains just yards from the building.

Damaged in a 1947 fire, the Alhambra was destroyed in a second fire in 1955. The site later succumbed to urban renewal. Today 275 James is a nondescript site beneath and between the elevated Interstates 81 and 690 as they pass through downtown Syracuse. Pearl Street no longer intersects James Street; instead it begins one block northeast at Willow Street, and extends three blocks to the northeast, terminating at an angled intersection with North Salina Street. 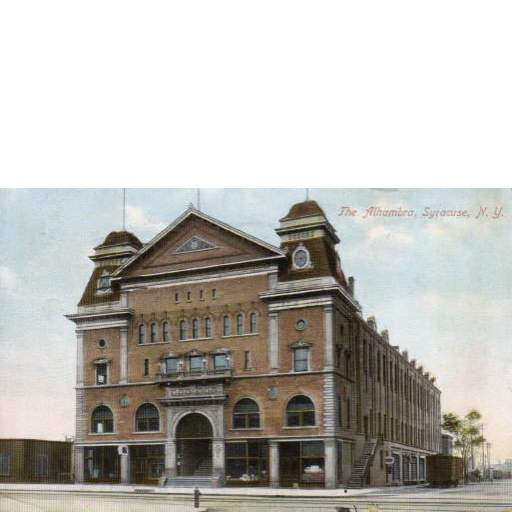 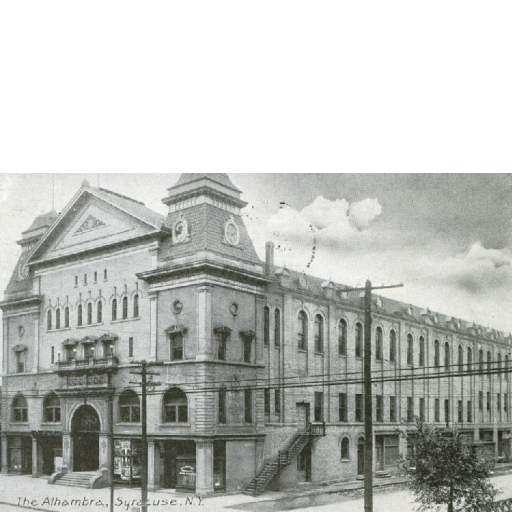 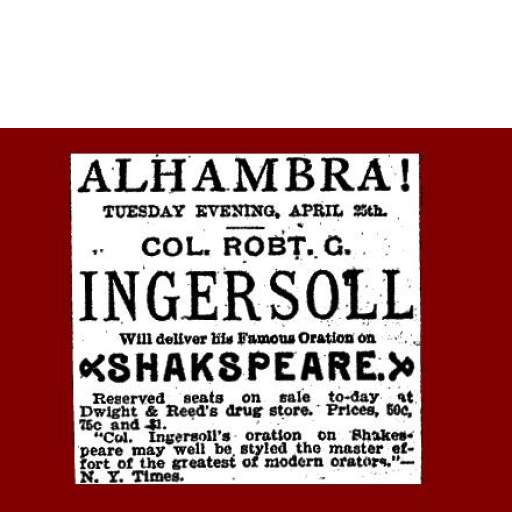 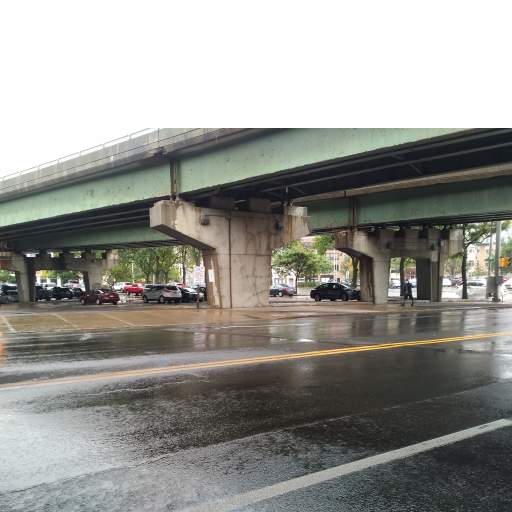 Approximate location of the Alhambra Theater on James Street is now a commercial parking lot beneath the hulking I-690 and I-81 overpasses. Another sad memorial to urban renewal.