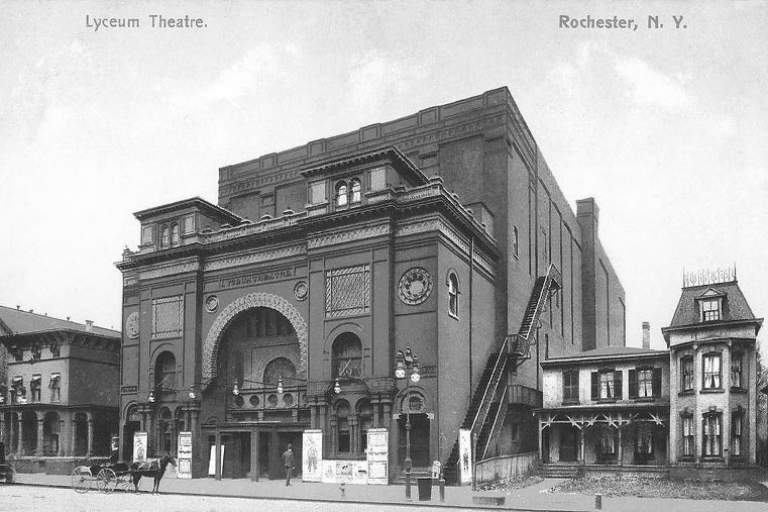 The Building and Site. The Lyceum was built in 1888, financed by leading Rochester business figures, and operated by owner Abe E. Wollf and his family. The ornate 2,000-seat theatre quickly dominated fast-growing Rochester’s artistic scene, hosting performances by noted talent including Edwin Thomas Booth, Sarah Bernhardt, a young Helen Hayes, and the Barrymores ... and, of course, Ingersoll, who routinely lectured in the finest theatre of any city in which he appeared.

With the 1920s, the development of new movie houses along East Main Street eroded the Lyceum’s prestige. The grand old opera house deteriorated and closed permanently in 1934. It was soon destroyed and replaced by a series of parking lots. In the 2010s, the site was redeveloped as Midtown Commons, an attractively designed urban park.

Across South Clinton Avenue from Midtown Commons stands The Metropolitan, a mixed-use skyscraper previously known as Chase Tower which occupies the former site of the Whitcomb House Hotel (built 1872, demolished 1947). 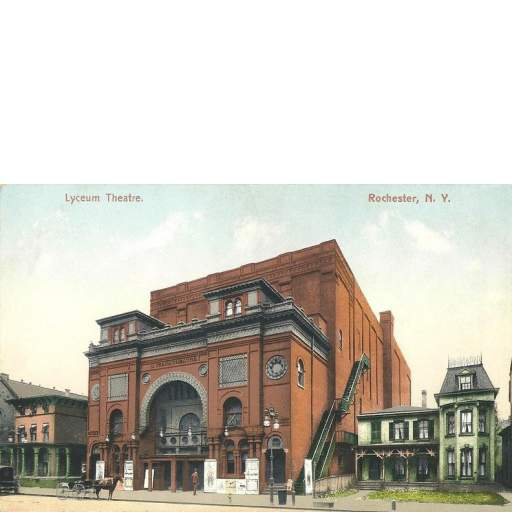 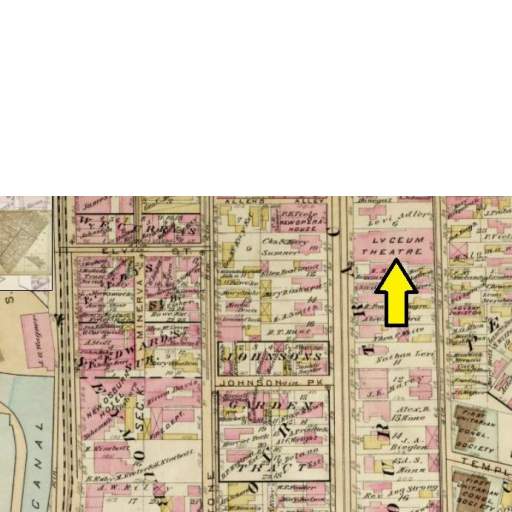 Lyceum Theatre located on an early map of Rochester. Yellow arrow points to location. South Clinton is the unlabeled north-south thoroughfare running to left of the site. 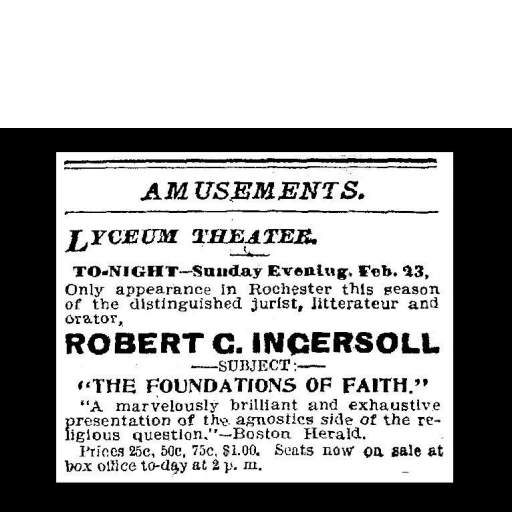 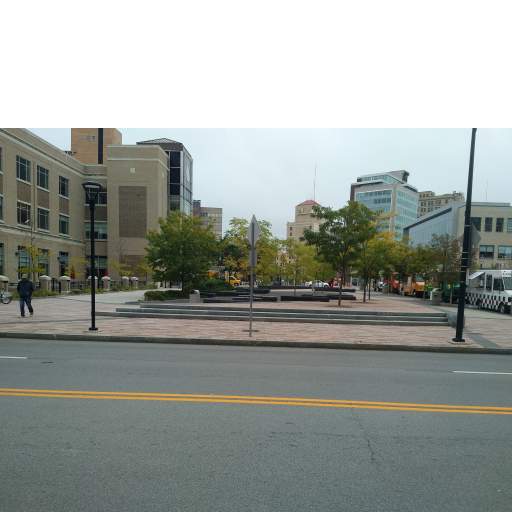 Midtown Commons, site of the former Lyceum Theater, as viewed from straight across South Clinton Avenue. 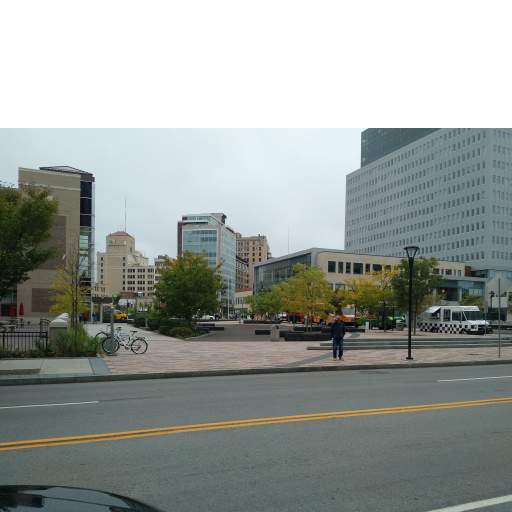 This slightly angled view gives a fuller sense of the structures that surround Midtown Commons.