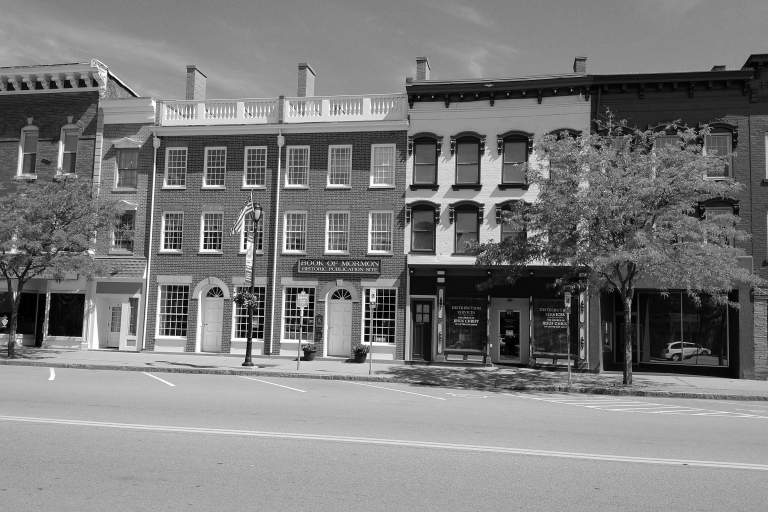 This site is officially marked—though not as the place where Obadiah Dogberry (pseudonym of freethinker Abner Cole) produced his freethought newspaper. Instead it is marked as the place where Mormon "prophet" Joseph Smith had the first edition of the Book of Mormon printed. An impressive small museum on the site is operated by the Church of Jesus Christ of Latter-day Saints (the Mormon church based in Salt Lake City, Utah).

From 1829 to 1831, Obadiah Dogberry edited a regional freethought paper, The Reflector. An 1878 history of Wayne County, in which Palmyra is located, recalled the Reflector as "devoted to science, amusement, and ironical castigation." To produce his paper, Dogberry rented the shop of local printer Egbert B. Grandin on evenings and weekends. At this time Grandin had also been hired by Joseph Smith to print the first edition of the scripture the world would come to know as the Book of Mormon.

It was an enormous project for a small printer. The book would contain thirty-seven "forms," each one a large sheet that could be cut and folded to become one signature in the finished book. Typesetting and printing began in September 1829 and continued through mid-March 1830. During this period, each time Dogberry was alone in Grandin’s print shop, there would be more Book of Mormon pages to read.

Dogberry found the future scripture ridiculous. He took the type used to print the most recent Book of Mormon "form" and broke it up to fit the Reflector’s narrower column width. On January 2, 1830, Dogberry published the first chapter of Nephi in two successive issues, followed by a lengthy critique. On January 22, he published a special issue with an extract from the Book of Alma. For samples of Dogberry’s critique, see here and here. Joseph Smith expressed great displeasure, understandably so, since finished copies of the Book of Mormon would not go on sale until March 26, 1830.

Dogberry’s was the first lay attack upon Smith’s new scripture; many of its objections are upheld by contemporary scholars.

The structure has been lavishly restored by the Mormon church as one of several sites in the area celebrating the origin of that religion. The best-known of these is Hill Cumorah, claimed to be the site where Smith allegedly found the golden plates from which he claimed to translate the Book of Mormon. In addition to a year-round visitor’s center, that site is well-known for the annual Hill Cumorah Pageant.

Freethinking visitors may find a tour of the Grandin Print Shop rewarding, despite some unavoidable proselytizing. Restoration of the building and of the print shop is superb. The ground-floor presentation, which includes live demonstrations of early nineteenth century printing techniques, is Colonial Williamsburg-caliber. Of course, as the tour continues one encounters dioramas of Joseph Smith being visited by an angel and such, followed by an explicit but courteous invitation to join the church. The Mormons train their interpretive guides marvelously; even the youngest will have a smooth and "official" answer ready if a visitor asks questions about Dogberry or other issues controversial for Mormons. 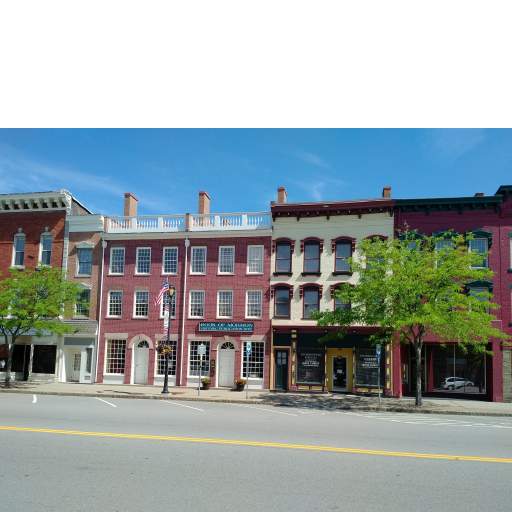 The red brick building at left is the restored Grandin Print Shop, two of whose products were The Palmyra Reflector and the Book of Mormon. To its right is a Mormon Church-owned distribution center. 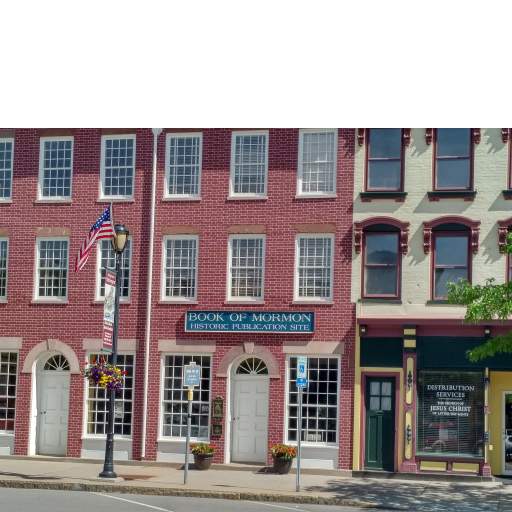 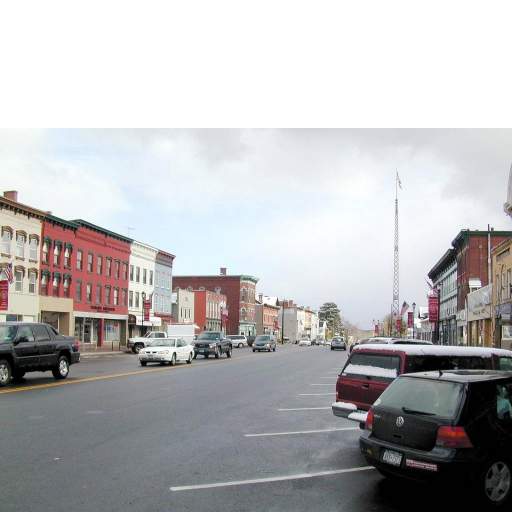 Downtown Palmyra is a classic example of a west-central New York community whose growth was driven by its proximity to the Erie Canal. 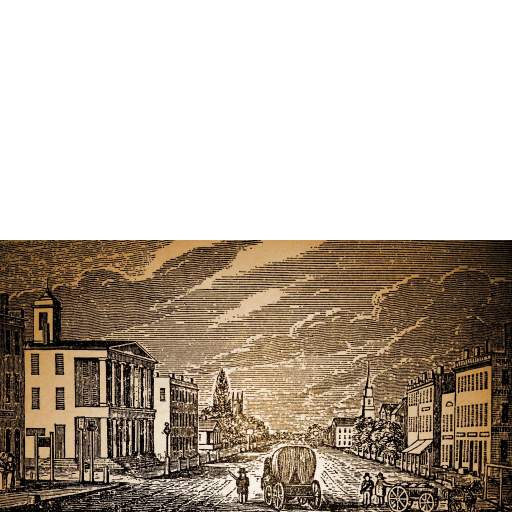 This etching depicts downtown Palmyra in 1841, eleven years after the drama around the Book of Mormon that involved Obadiah Dogberry. 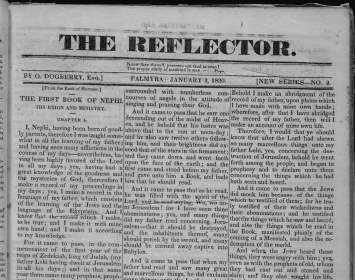 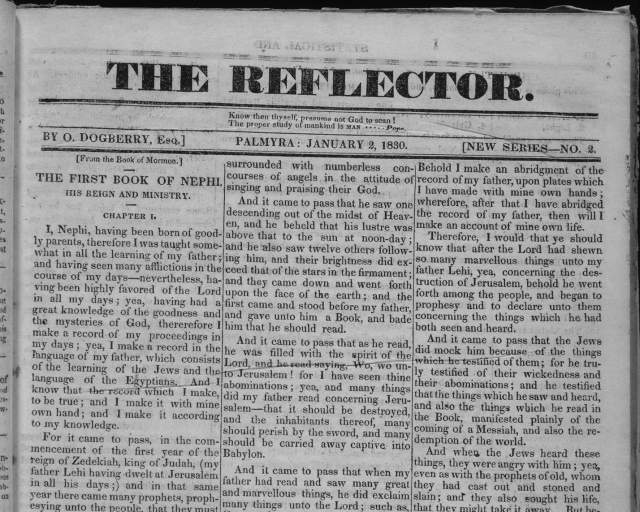