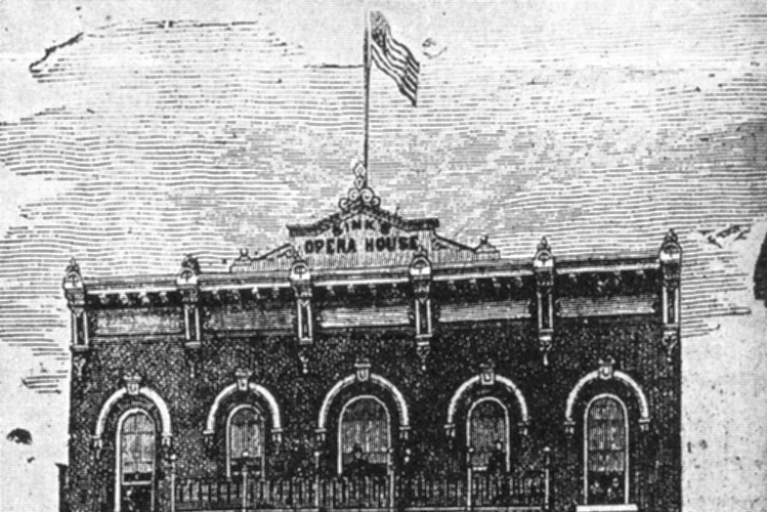 1880 Ingersoll Lecture. On Monday, October 18, 1880, the famed freethought orator Robert Green Ingersoll delivered a political speech supporting the campaign of James A. Garfield, who would become the twentieth president of the United States. This oration took place at Sink's Opera House on 104 South Dominick Street, an address that no longer exists.

1885 Ingersoll Lecture. Ingersoll returned to Sink's Opera House on Tuesday, January 20, 1885, where he delivered his popular but controversial speech about religious matters, "Orthodoxy." So far as is known, that was Ingersoll's final visit to Rome, New York.

The Building and Site. Sink's Opera House stood on a part of East Dominick Street built on land that had formerly been part of Fort Stanwix. It was built by Andrew J. Sink and opened on the night of September 27, 1869. Strictly speaking, Sink's was a hall, not an opera house; its floor was flat rather than sloped, and instead of fixed seating it relied on movable benches. Yet it was Rome's first "proper stage" and became a beloved center for community gatherings as well as cultural events.

Out-competed by the Washington Street Opera House, which was some twenty years newer, Sink's ceased operations as an auditorium in 1902. One Professor Seagar operated a dancing academy in the building until June 27, 1904, when the structure burned down in a catastrophic fire that also claimed adjacent buildings and injured numerous firefighters. In addition, several community organizations that had met at the opera house for decades lost all their records.

It was decided not to rebuild the opera house. Various businesses moved onto the parcel, which soon became known as the Larkin Block. As it happens, the three-story Larkin Block also burned down on March 21, 1940. In contrast to the Opera House fire, the Larkin fire caused few injuries and did not damage adjacent structures.

Thanks to Arthur L. Simmons III, executive director of the Rome Historical Society, for research assistance. 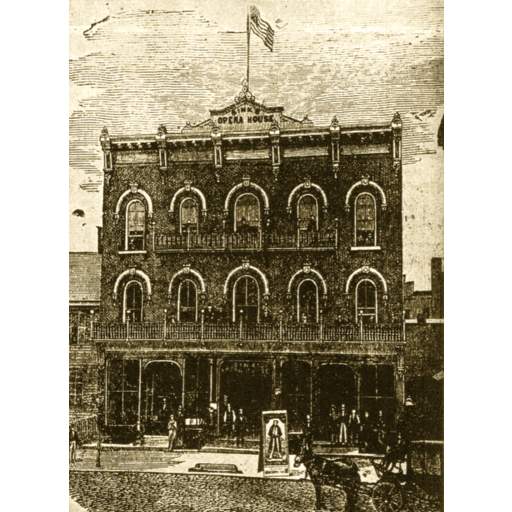 Undated illustration depicts Sink's Opera House. Strictly speaking, it was a hall rather than an opera house, with a flat floor and moveable benches used for seating. 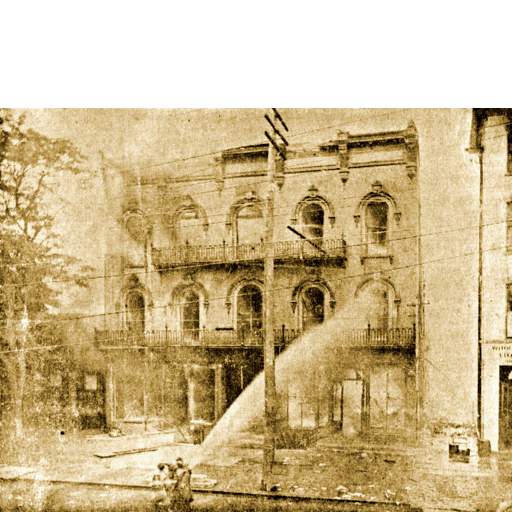 Newspaper photograph of the June 27, 1904, fire that destroyed Sink's Opera House, several adjacent buildings, and the records of community organizations that had met on the property for many years. 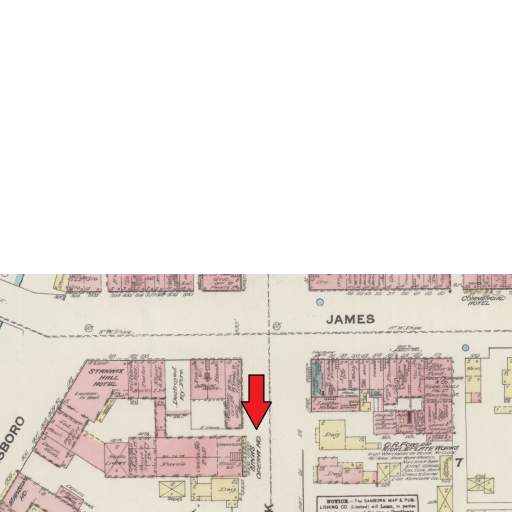 This old insurance map shows the location of Sink's Opera House (red arrow). All properties below James Street in this view were razed as part of the Fort's reconstruction in the 1970s. 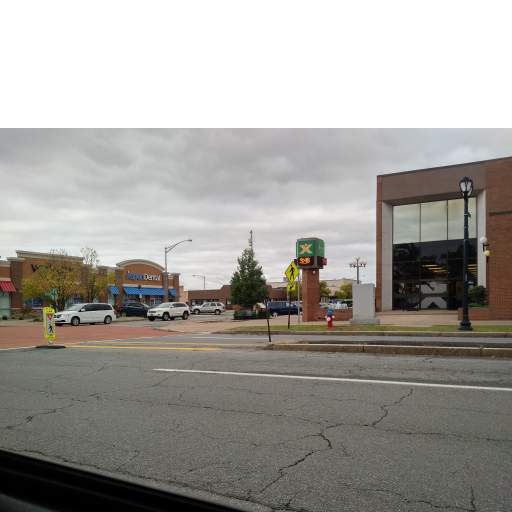 Modern-day West Dominick Street ends at James Street. The Fort Stanwix complex lies behind the photographer; the Marinus Willett Visitor Center stands behind and to the photographer's left. 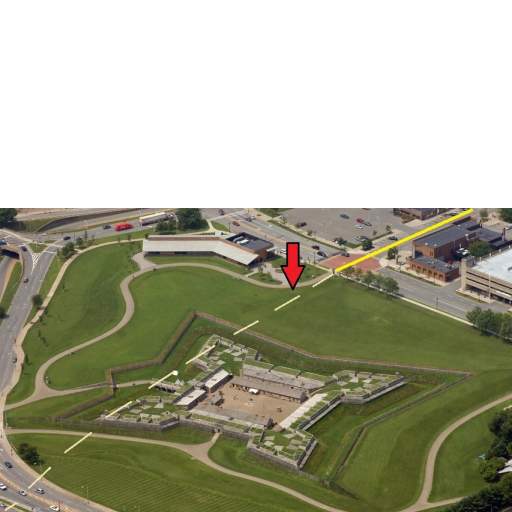 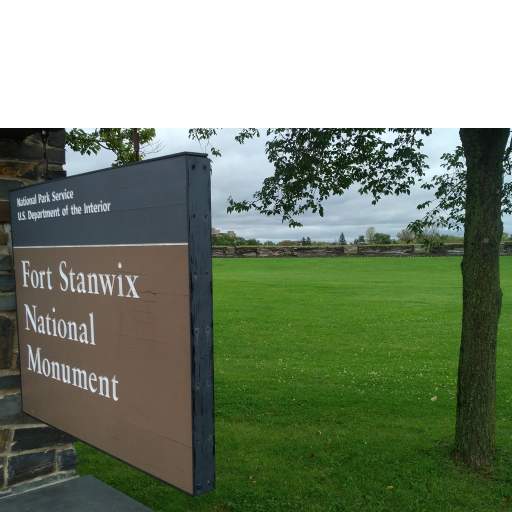 A reconstructed wooden stockade is visible behind this sign at the fort entrance near James and West Dominick Streets. 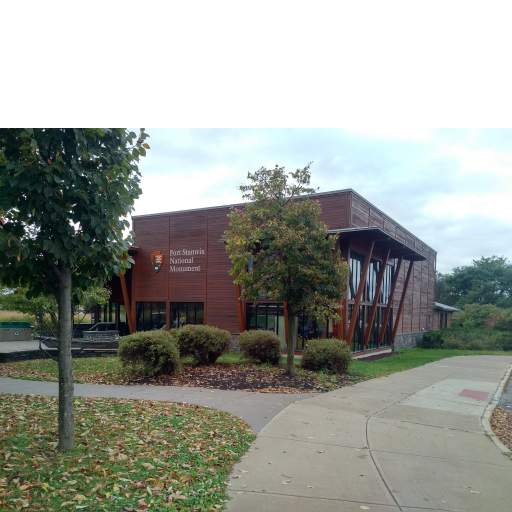 The Marinus Willett Visitor Center was added in 2005 to interpret the reconstructed Fort Stanwix and house historical materials. The location of the Sink Opera House would be about 100 feet to the left of the camera's position.

Robert Green Ingersoll Gives Lecture in Support of James A. Garfield in Rome