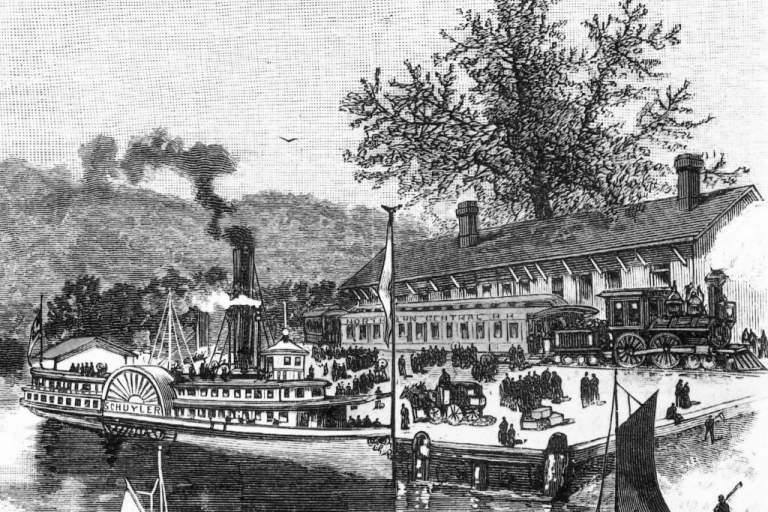 Nineteenth-century visitors came to Watkins (now Watkins Glen) by lake steamer or by rail. Here freethought publisher D. M. Bennett and other delegates to the New York Freethinkers Association convention arrived in 1878 and again in 1882.

1878 Convention. In 1878, the New York Freethinkers Association held a famous convention in Watkins at a downtown park and at an opera house. During the convention, atheist publisher D. M. Bennett and two others were arrested for selling a marriage reform tract, Cupid’s Yokes by Ezra Heywood. Bennett's arrest led eventually to his imprisonment and to a trial that established the dubious Hicklin standard for obscenity, which would prevail in American law until 1959.

Also at the 1878 convention, some 200 delegates departed from this waterfront for lake sightseeing cruises on the morning of Saturday, August 24.

1882 Convention. On August 23–27, 1882, the Association convened in Watkins a second time. This time Bennett was the guest of honor. He received a hero’s welcome, including a gala banquet celebrating his release from prison and his return from a successful world tour paid for by his admirers. Again, most attendees would have entered the village at this rail and boat terminus.

The Building and Site. The waterfront is now home to several sightseeing boats; the train station, built in 1876, has been rehabilitated and now houses a waterfront restaurant. 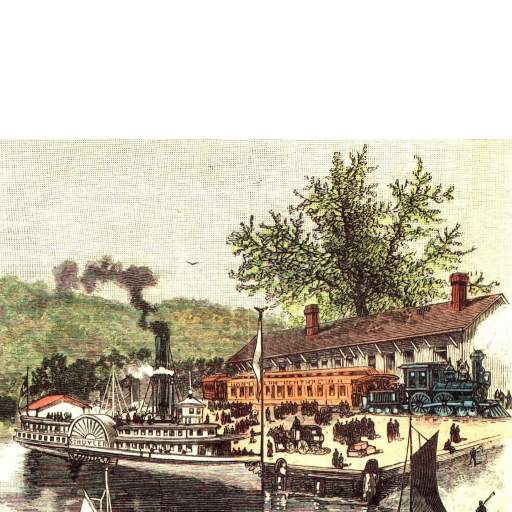 The old Northern Central tracks between Watkins Glen and Geneva remain today and are operated by the Finger Lakes Railroad. They run north-south just to the east of State Highway Route 14, often sometimes paralleling the Lake Seneca shoreline. 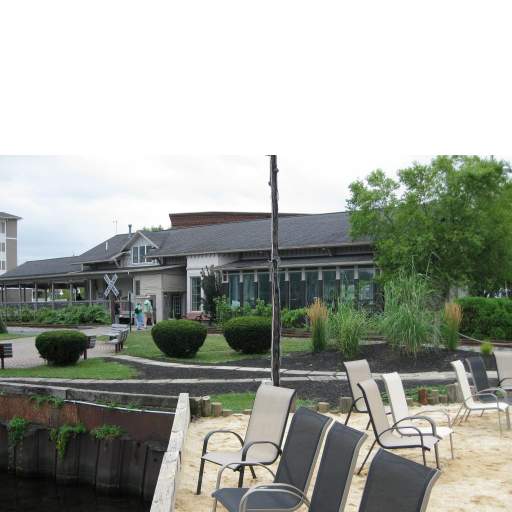 Much has changed since the 1870s, but the railroad tracks remain in their original location (note crossbuck at left center; the two people are walking across the tracks). The rail station is now a restaurant, but its original roofline is visible to the right of the peaked dormer section. Waters of the harbor can be seen (just barely) at lower left. 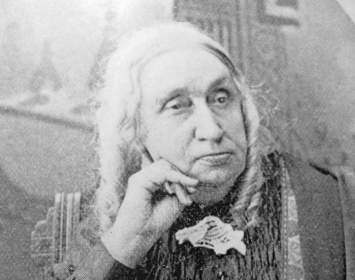