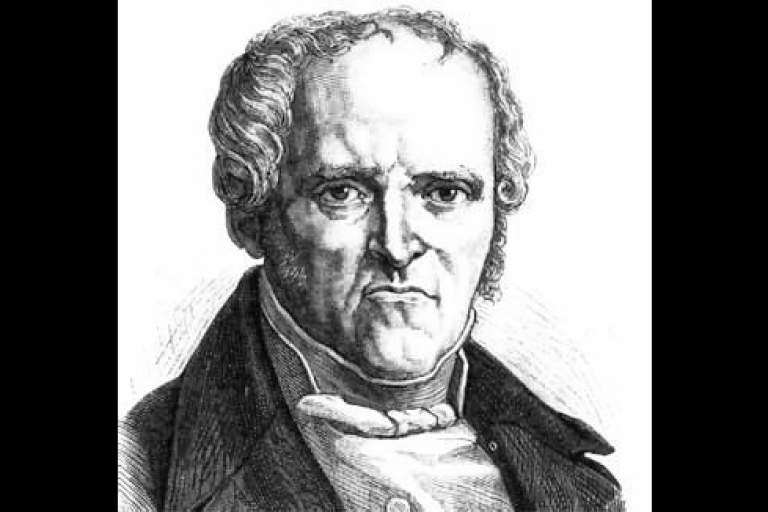 August 22–23, 1843, the Fourier Society of the City of Rochester held its first convention at Monroe Hall. This event had been promoted by Horace Greeley’s New York Tribune, and convened by Albert Brisbane of New York City, the American Fourierist who had sparked Greeley’s interest in the movement. That convention sparked the formation of Utopian communes as far west as Illinois.

The Rochester Society’s president was the prominent Hicksite Quaker abolitionist Benjamin Fish. At this convention was organized the Ontario Phalanx, an entity inspired by the North American Phalanx in New Jersey. Its goal was to form one large Fourierist community for all of west-central New York State. That was the strategy Brisbane had recommended, exhorting those assembled to avoid “small and fragmental undertakings.” Six weeks later, on October 14, that strategy was shattered when the picaresque promoter John Anderson Collins launched a small local Fourierist community at Skaneateles. (Members of that community were almost entirely freethinkers.) Five weeks after that, on November 21, 1843, the Fourier Society of Rochester met again at the Athenaeum, an important downtown meeting hall. Forsaking regionalism, it rashly urged any group interested in launching a Fourierist community, however narrow its focus, to push ahead and do so.

For its part, the Ontario Phalanx resolved to establish a more limited community, but its leaders could not agree on a site. The Ontario Phalanx split in two. The larger faction favored a location in Clarkson, northwest of Rochester. A rump group led by Benjamin Fish preferred the “Shaker Tract” on Sodus Bay, because it was so well-appointed to house a communal settlement. This split slowed recruitment for both proposed communes and caused the Fourier Society of Rochester to dissolve.

The Community Opens and Immediately Fragments. In January 1844, Benjamin Fish and his faction purchased the Shaker Tract. Those members already recruited moved in at once. This group was roughly equally divided between freethinkers, most of whom were vegetarians, and moderately liberal Christians, most of whom ate meat. Conflict erupted immediately over food preferences and more substantive issues, such as whether labor should be permitted on Sundays. In addition, large numbers of unskilled or just unproductive "members" thronged the community, drawn by its unsustainable promise of a year’s free room and board. Nonetheless, Fish and his compatriots pressed on.

Around this time, the supporters of the alternative commune site at Clarkson split yet again. Small phalanxes were established at both Clarkson and North Bloomfield, New York. Each would be short-lived.

On January 23, 1844, the Sodus Bay Phalanx published a prospectus and constitution in the Rochester Republican newspaper, seeking additional members. The document listed Benjamin Fish as a leader of the commune and named nonresident members, including the Rochester abolitionists Isaac and Amy Post and Huldah Anthony—a cousin of Susan B. Anthony—and her husband, Asa. By March, the Sodus Bay Phalanx boasted about 300 members, many of them women and children. In their numbers and skills, the available able-bodied men were insufficient to operate the community to its full potential.

Religious Dissension. Religious dissension was tearing the community apart. Soon ten members were abandoning the Phalanx each month. In August, a devout Phalanx member brought a formal complaint against two freethinking members, because they had worked in a field on the Sabbath. The case was so sensitive that it was weighed by the Phalanx’s entire board of directors, which voted four-three to acquit the freethinkers. In September, conflict spiked. Ten members gave notice of intent to leave in a single two-week period. By month’s end, the more religious members of the community had largely abandoned it, taking with them what of their property they could and a bit more besides, leaving the remaining freethinkers bereft of essential resources.

In October 1844, the declining Phalanx adopted a new constitution. Oddly, it was the first in the community’s history to mention the essential Fourierist principle of series. The new constitution did nothing to arrest the Phalanx’s decline. On December 9, 1844, a national Fourierist newspaper, The Phalanx, conceded that the Sodus Bay Phalanx was failing, “a striking example of the folly of undertaking practical Association without sufficient means, and without men of proper character.” On April 7, 1845, the Sodus Bay community adopted yet another new constitution and renamed itself the Sodus Phalanx. In September, correspondent Lorenzo Marrett reported in The Harbinger, another Fourierist paper, that the Sodus community still functioned, albeit with only “twelve to fifteen adult males” and no prospect of paying its remaining debts.

Dissolution and Disposal. On April 4, 1846, dissolution of the Sodus Phalanx was announced. Loyal to the end, Benjamin Fish served on a committee to conclude the community’s remaining business. By April 17, that committee had completed its work, distributing the Phalanx’s residual assets. The Shaker Tract reverted to the canal company, whose promoters were still struggling to revive that project. The Clyde to Sodus Canal was never built.

Sometime after 1856, about 1,300 acres of the original tract were auctioned off. 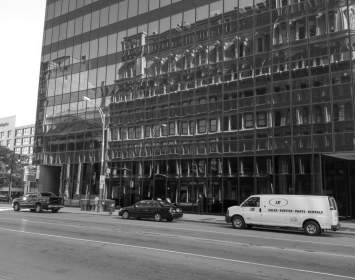 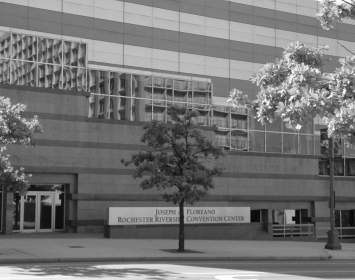 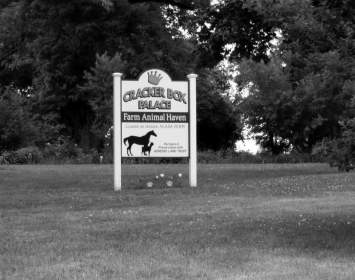 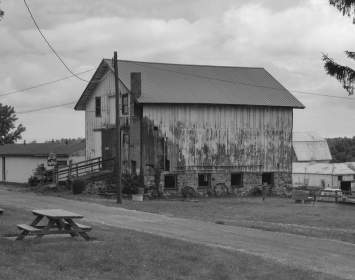