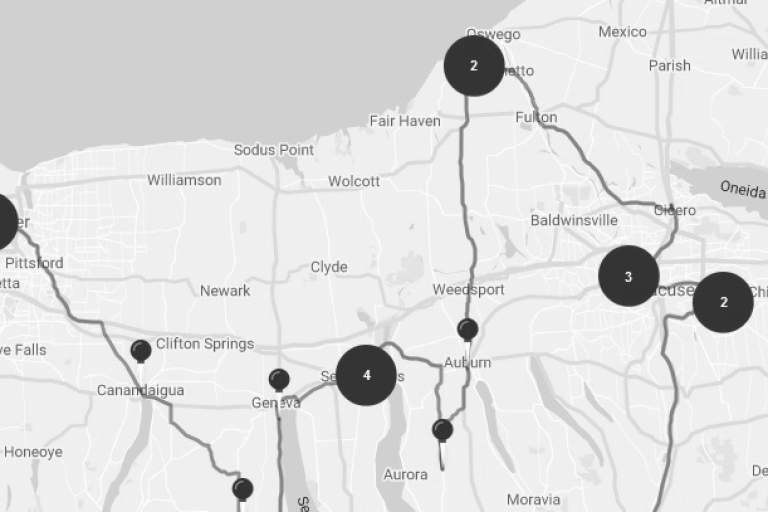 Five of the Freethought Trail's Curated Trails—suggested tours for those with particular historic interests—have been expanded, reflecting the Trail's significant growth (now 159 sites).

The Freethought Sites Trail now extends from Rochester on the west to Cazenovia on the east, terminating in Elmira. It includes two sites in Rochester, three in Syracuse, four in Watkins Glen, and four in Elmira—plus, of course, the Robert Green Ingersoll Birthplace Museum in Dresden.

The Syracuse Trail now includes eleven sites, including a downtown church that hosted an 1852 anti-slavery political convention and was an active stop on the Underground Railroad.

The Woman's Rights Trail has been extended to include a record twenty-two sites in locations as far-flung as Rochester, Penn Yan, Seneca Falls, Oswego, Fayetteville, and Binghamton.

Before the centenary of U.S. woman suffrage (on August 26, 2020), an entirely new Woman's Rights Convention Trail will go live, presenting suggested routing to visit all known sites associated with the sixteen conventions of the New York State Woman Suffrage Association that were held in the Trail's coverage area.