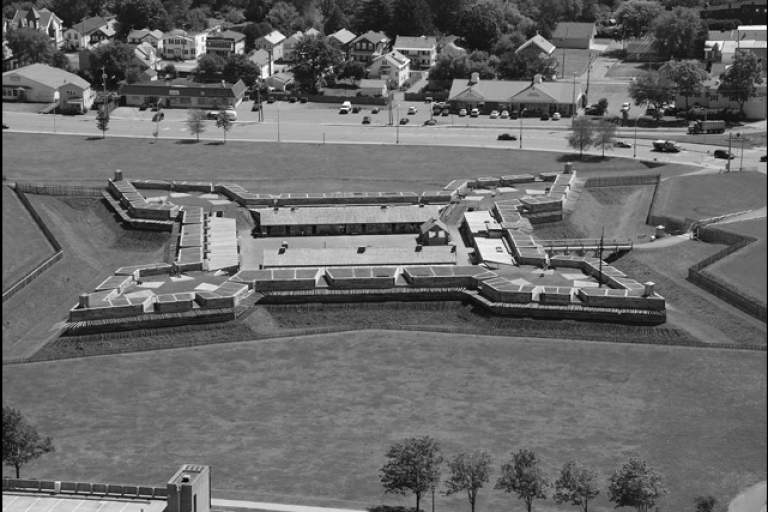 Few cities bear the impress of their early history to the same degree as Rome (population 32,092 per 2020 Census). Rome's story begins in the 1750s at the site of a Native American "carry," a place where traveling Iroquois had to portage their canoes on what was an otherwise almost-continuous water route connecting Lake Ontario to the Mohawk River. The British built fortifications there beginning in the 1750s.

Founded in 1758, Fort Stanwix was named for British general John Stanwix. It would be the first of several fortifications to bear the name. By 1768, the fort was already decaying when it hosted a treaty conference. The resulting Treaty of Fort Stanwix defined broad areas that would remain under Native American control, though it was quickly violated. Soon afterward, the fort was abandoned.

In 1776, Colonial troops built a new fort on the site. They called it Fort Schuyler, though the name never stuck; locals continued referring to it as Fort Stanwix. In August 1777, the fort was famously besieged. The Colonial commander successfully held out, setting the stage for key victories over the British at the Battles of Oriskany and Ticonderoga.

In 1779, the Sullivan Expedition was launched from Fort Stanwix. This punitive campaign, ordered by George Washington and commanded by Major General John Sullivan, targeted Native American tribes that had aided the British. The expedition burned numerous villages and destroyed tribal food stores before the onset of winter, causing immense death and suffering. Many veterans of the expedition became early white settlers of the frontier regions they had marched through—and had helped to depopulate.

On May 13, 1781, Fort Stanwix burned down and was not rebuilt. Pioneers moving into the area harvested materials to build their houses and barns.

By 1796, the area around the fort site had become the Town of Rome. Due largely to classics-obsessed surveyor's clerk (and, later, land-board secretary) Robert Harpur, classical names were assigned to a many new communities in Central New York. Syracuse and Ithaca are the best-known, but there are also Cicero, Hector, Ilion, Rome, and many others. For good measure there is also a Romulus!) Also in 1796, the early Rome Canal allowed continuous navigation between Wood Creek (which led to Lake Ontario) and the Mohawk River headwaters, sparking growth. A pioneer named Dominick Lynch purchased the land around the fort site. The village he founded there was briefly named Lynchville, then Fort Stanwix, and finally Rome.

With the opening of the Erie Canal in 1825, Rome began to thrive. The fort itself was abandoned, a mere "mound of dirt." As the village grew, streets and buildings covered much of the site.

Rome became a city in February 1870. It became known for cheese-making, later for copper and brass manufacture. During World War II and the Cold War era, Griffiss Air Force Base buttressed the local economy from 1941 until its closing in 1993.

Fort Stanwix was declared a National Monument in 1935. From 1974 to 1978, the National Park Service reconstructed the fort almost from scratch. This required the removal of buildings and city streets that had occupied the fort site. Among them was East Dominick Street (named for village founder Dominick Lynch). Several blocks of East Dominick south of James Street were reclaimed for the historic site.

Added in 2005 was the Marinus Willett Visitor Center, an interpretive complex named for the second-in-command during the famous siege of 1777. 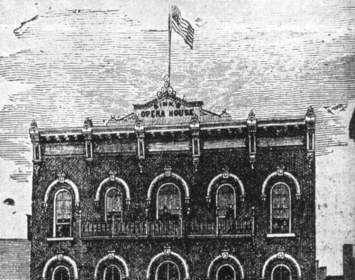