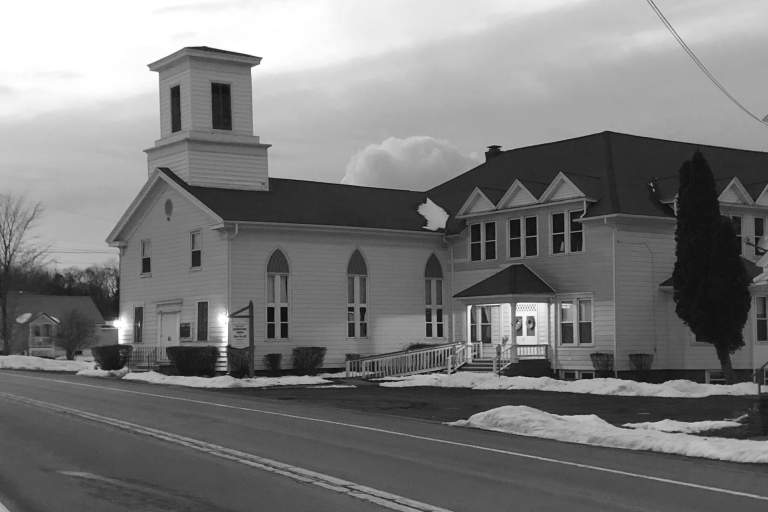 The antislavery meeting began at 10:00 a.m. and continued well into the evening. The Rev. Ralph Robinson chaired and was elected president for the coming year. Elected as vice presidents for the coming year were T. C. Baker, Hiram Gilbert, and Hamilton Littlefield. Lewis Falley was elected secretary and Seth Johnson treasurer. James Caleb Jackson attended and took a sufficiently active part in the proceedings to earn mention in both surviving accounts of the meeting.

The meeting was quite conventionally religious in its tone. The first resolution adopted stated that "we oppose American Slavery … because of its sinfulness, and we view it of especial importance that in all of our operations, we act in accordance with the principles of our holy religion." Further resolutions declared that "a man's right to himself is the foundation of all his other rights; slavery, which deprives him of this, deprives him of all his other rights & is a system of legalized robbery, and ought to be immediately abolished" and that members of the society should refuse "to vote for any but sincere practical advocates for immediate emancipation." In 1839, a demand for immediate (as opposed to incremental) abolition and the idea that an abolitionist should withhold his vote from any candidate based solely on the candidate's position regarding slavery were quite radical, even in the North.

The meeting's evening session featured a keynote address by Jackson, already a regionally prominent antislavery lecturer. (He would go on on to play significant roles as a self-taught physician in the quack water-cure movement and, more respectably, as an advocate for dress reform.)

"The hour being late," it was resolved that the society would meet again at the church in New Haven in one month's time, on Thursday, February 21, "for the purpose of continuing the discussion." It was also noted that the society's next annual meeting would be held at Fulton, a community about eleven miles southeast of Oswego (not to be confused with the Town of Fulton in Schoharie County).

The William G. Pomeroy Foundation funded a historical marker that was dedicated on the church property in 2017. The marker acknowledges the church's historic status. Oddly, it commemorates the "follow-on" meeting of February 21, not the annual meeting of January 17.

The Building and Site. The church now known as First Congregational Church hosts the oldest continually operating congregation in Oswego County (founded 1817). Some accounts also credit it with the county's oldest church building (built 1827); other accounts say the original church in which the antislavery meetings took place was later replaced, perhaps in the 1840s. Another account suggests that the church was physically moved to its current location, perhaps in the 1870s. If all are true, the "original church" seen today is not the building in which the 1839 antislavery meetings took place, nor does it occupy the exact site of the meeting.

Thanks to Marie Strong for research assistance. 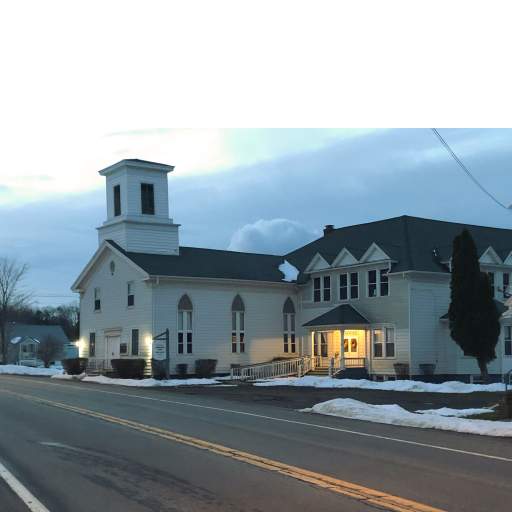 First Congregational Church of New Haven (New York). A previous building on this site was the venue for an early abolition meeting. Photo by Haley Karr. 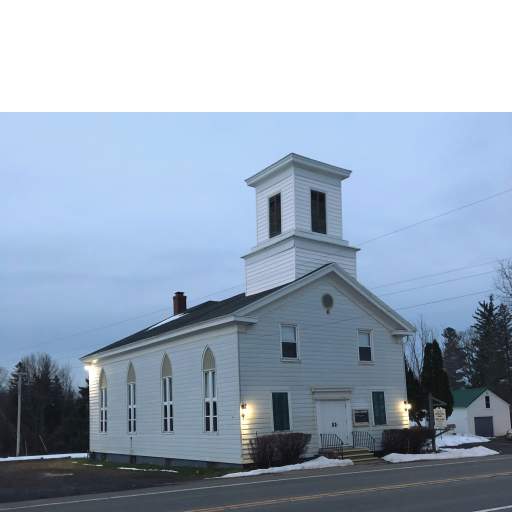 This view emphasizes the original church building, itself a replacement for the structure in which the 1839 anti-slavery meeting was held. Photo by Haley Karr. 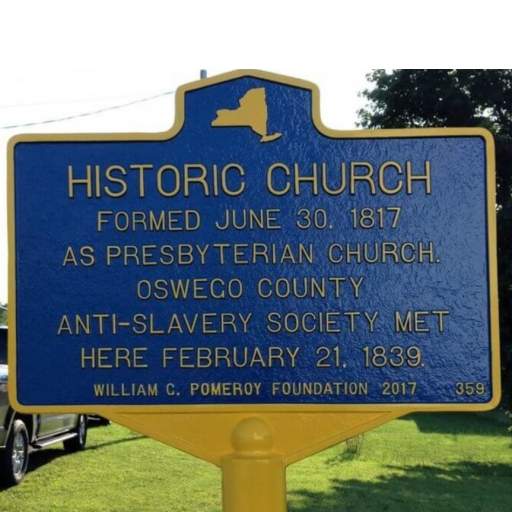 This 2017 marker acknowledges the historic significance of what is now the First Congregational Church of New Haven (though the formation date shown is that of the congregation; the church was built in 1827 and the present "original church" is thought to be a later replacement). The anti-slavery meeting noted is the follow-on to the Oswego County Anti-Slavery Society's annual meeting of January 17, 1839.