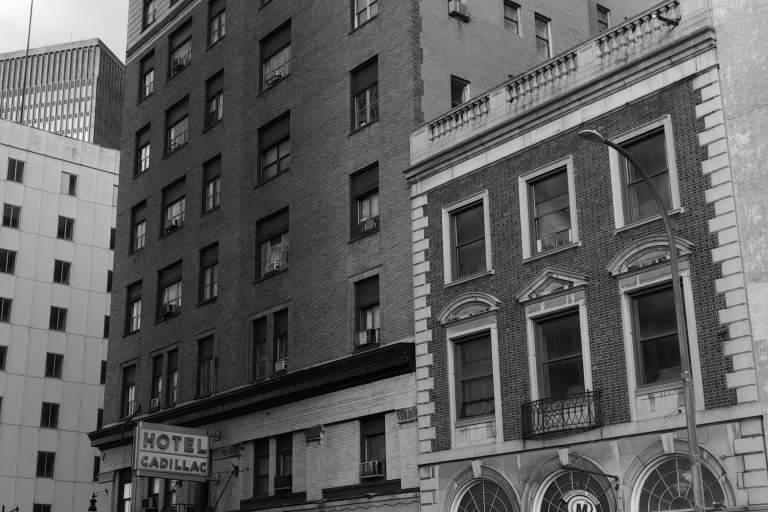 Anarchist and sex radical Emma Goldman lectured in the Recital Hall of the Fine Arts Building on two successive dates in 1916. It is unknown when the sizeable structure was built or which community institutions originally supported its focus on the fine arts. No photos of the building during this period are known to exist.

Goldman spoke at Recital Hall during one of her numerous stops in Rochester; she arranged one or more Rochester events on most of her speaking tours so she could visit family still residing there.

The Building and Site. The date of the Fine Arts Building’s construction is unknown. On March 1, 1927, it reopened as the Hotel Cadillac, originally a first-class hotel. A news article of the time says that the former Fine Arts Building was “renovated and redecorated” but says nothing about its being expanded, suggesting that the Fine Arts building had a similar footprint and height to the present hotel building.

With downtown Rochester's decay during and after the urban-renewal area, the Cadillac became what may be Rochester’s most disreputable hotel, a rundown single-room-occupancy operation best known for petty theft, drug violence, and bedbug and rodent infestations. Management stopped accepting new “guests” in 2018. In 2020, new owners announced that the hotel would be renovated to first-class status once again, but that plan apparently succumbed to the coronavirus pandemic. At this writing, the property’s future is uncertain: a conversion to upscale housing has been proposed, but homeless former tenants were demonstrating to return to the Cadillac of old once again.

Thanks to Barry Pateman, Christopher Philippo, and Timothy Binga for research assistance. 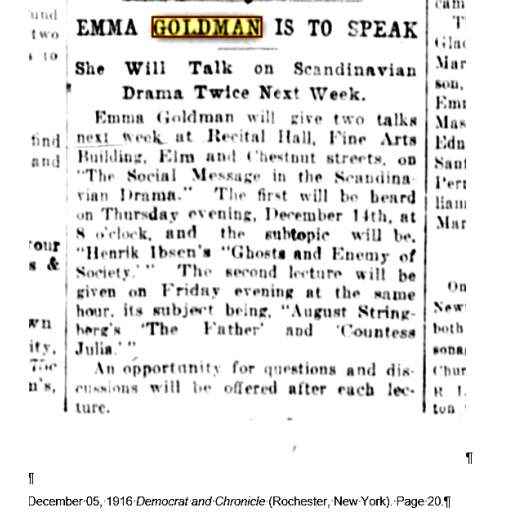 This clipping from the Rochester Democrat and Chronicle for December 5, 1916, promotes Emma Goldman's two-night series of cultural lectures at Recital Hall. 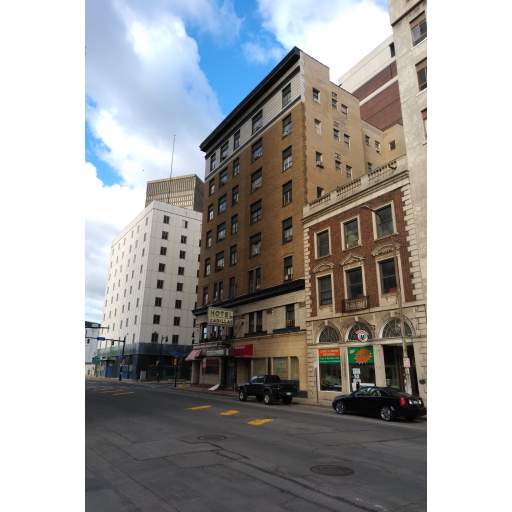 The Fine Arts building was renovated and converted into the Hotel Cadillac in 1927. Press accounts at the time suggest that the hotel's five-bay width and eight-story height were features of the Fine Arts Building, of which no photos exist. 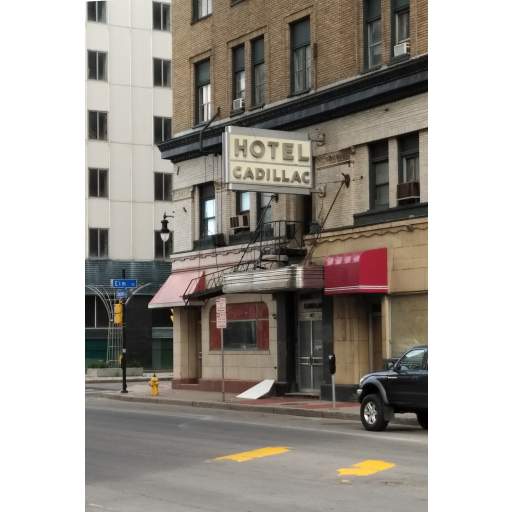 Closer view of the Hotel Cadillac, for many years a single-room-occupancy "flophouse." It closed circa 2018. Its future is now in dispute.