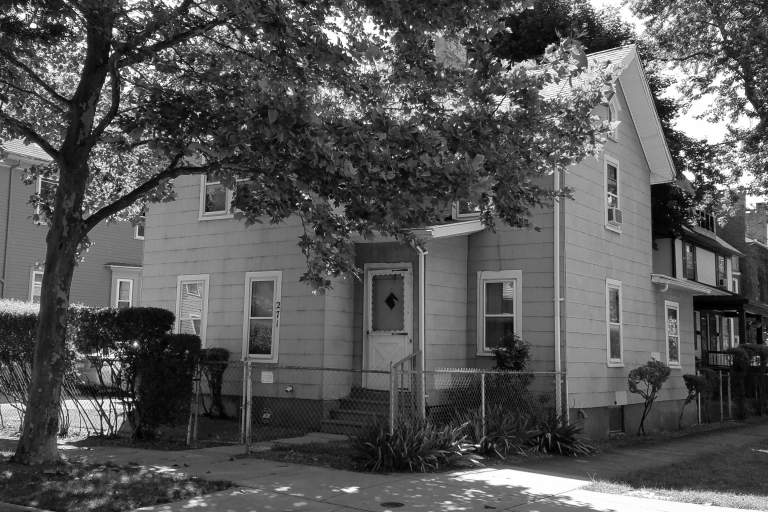 For many years it was thought that Frederick Douglass had lived at two locations in Rochester: an urban site at 4 Alexander Street (old numbering), now 297 Alexander, where he lived from 1848 to 1852; and a rural site at 999 South Avenue, to which he moved in 1852. The Alexander Street house was razed at an unknown time. The South Street home burned under suspicious circumstances in 1872, by which time Douglass resided primarily in Washington, D.C. Only in January 2010 did the City of Rochester's Preservation Board officially acknowledge a third Douglass Rochester residence: Rochester's only Douglass home site on which the original structure still stands.

The house had escaped detection for so long because of its unique circumstances. Douglass purchased the house, on what was then Hamilton Place, in 1855. It was one of several investments he made in Rochester real estate around that time. In 1872, the year his South Street home burned, Douglass deeded the Hamilton Place structure to his daughter Rosetta, who was married to Nathan Sprague. At this point the real estate record was apparently refiled under the surname Sprague, not Douglass. The Spragues occupied the house until 1876. In that year, the couple suffered financial reverses and moved to Washington, D.C., presumably so that the prosperous Douglass might more easily support Rosetta. The next year, Douglass re-assumed possession of the house, holding it until his death in 1895. Apparently Douglass did this in such a way that the deed remained in the Sprague name. Rochester city directories from 1873 and 1874 show Douglass occupying the house; he was listed as a "boarder."

Why would Douglass keep a house in Rochester while residing in the nation's capital? Rochester historians Jean Czerkas and Tim O'Connell speculate that he did it in order to vote. In those days, District of Columbia residents could not vote in federal elections; having fought so hard to help secure the vote for black men, Czerkas and O'Connell argue, Douglass maintained residency in Rochester so that he could vote for the president and other federal offices.

The Civil War was long over when Douglass began to "board" at his Rochester home, so we must assume that he carried on some of his work for woman's rights and freedom of thought while living on this site.

The house, since 2010 a City of Rochester historic landmark, has been continuously occupied as a private residence and so remains today. It has been modernized and displays no nineteenth-century architectural details.

The structure bears no historical marker or emblem of landmark designation. 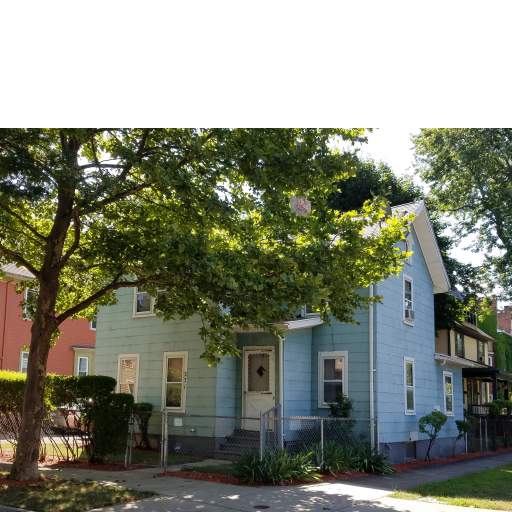 Close view of the Frederick Douglass house, looking east-southeast. Douglass owned this house from 1855 until his death, but because he deeded the property to his married daughter, it ceased to be recorded in his name. The property's link to Douglass was not formally recognized until 2010. 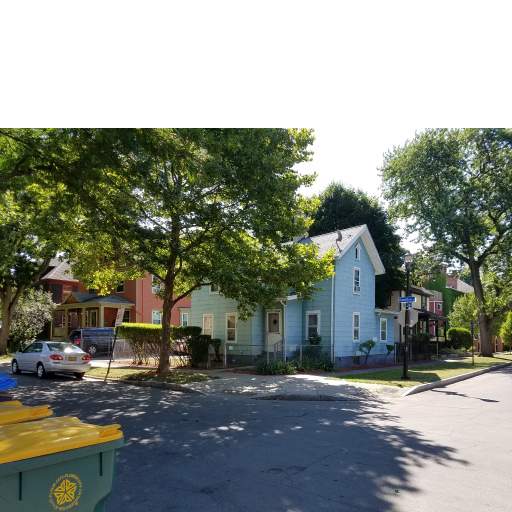 This wider view (still looking east-southeast) places the home in its environment. Hamilton Street passes by the front door; the side street angling away at right is Bond Street. 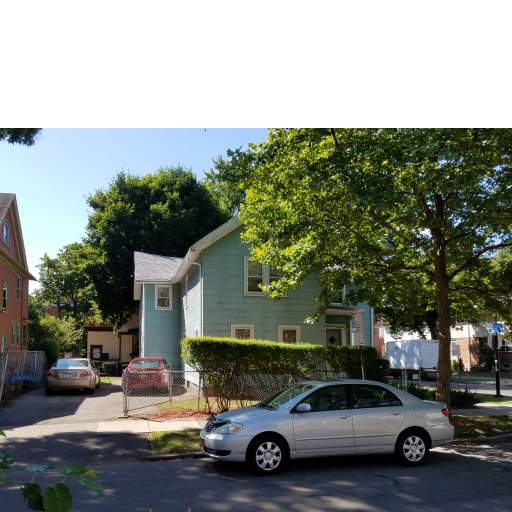 This view of the house is taken from directly across Hamilton Street, looking south-southeast. 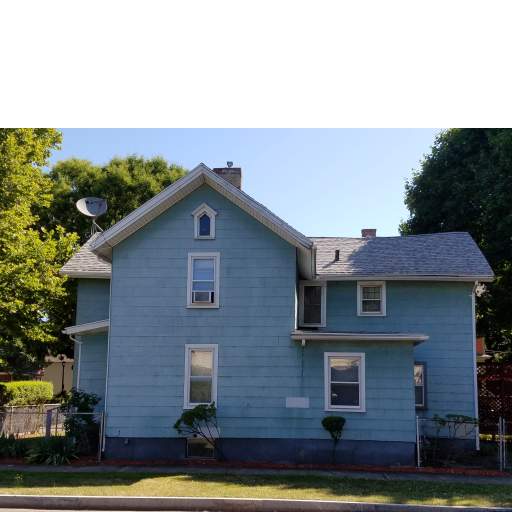 Side view of the Douglass house, looking northeast, straight across Bond Street. 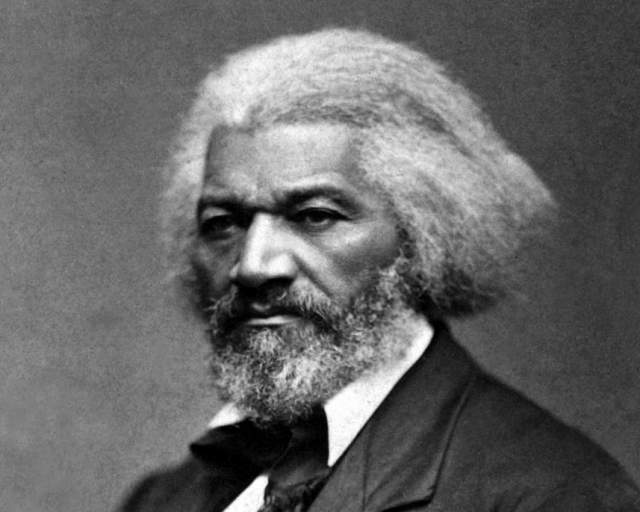