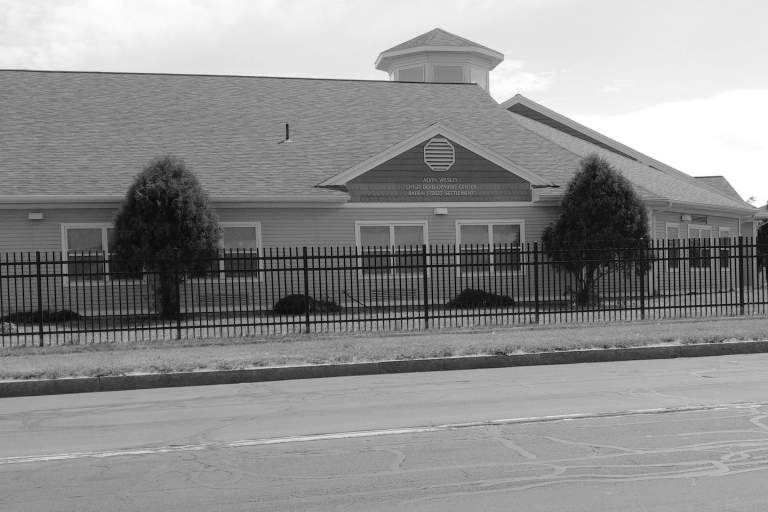 During her brief sojourn in Rochester, Emma Goldman often attended Sunday meetings of a German-language socialist group at Germania Hall, a multi-purpose lecture hall and social venue. Here, Goldman began to form the ideas that would undergird her radical anarchist convictions.

“[T]he gatherings were generally uninteresting," Goldman admitted in her autobiography, "but they offered an escape from the grey dullness of my Rochester existence. There one heard, at least, something different from the everlasting talk about money and business, and one met people of spirit and ideas.”

Goldman left Rochester in 1889, moving to New York and soon achieving fame (or infamy, in the view of some) as a fiery anarchist activist.

Still, she made sure that her busy lecture schedule regularly included Rochester so she could visit with family members who largely remained in the city. Accounts agree that at least some of these lecture events took place at Germania Hall.

The Building and Site. No images of Germania Hall are known to exist. Like many landmarks from Goldman's Rochester years, the building was lost to urban renewal in the mid-to-late twentieth century. The site is now occupied by the Alvin Wesley Child Development Center, a day-care center for urban children.

Thanks to Christopher Philippo for research assistance. 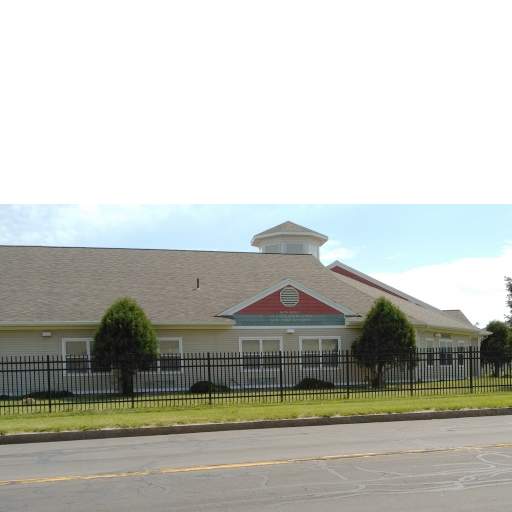 The Alvin Wesley Child Development Center, a day-care center for urban children, occupies the site of the former Germania Hall. 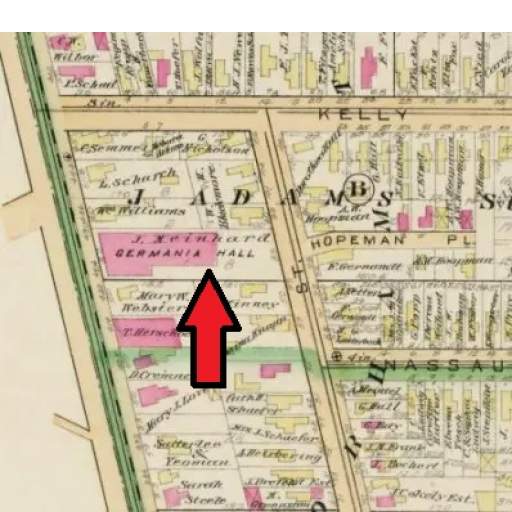 This 1888 Rochester plat map shows the location of Germania Hall (above red arrow).