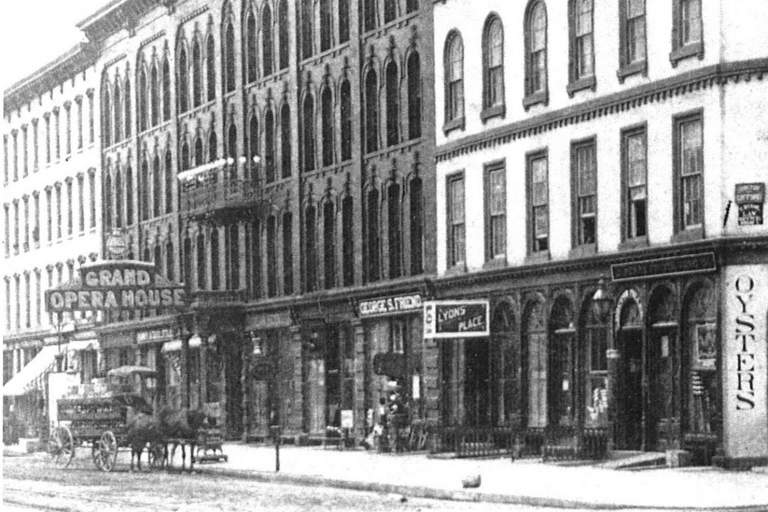 On December 13, 1880, the famed freethought orator Robert Green Ingersoll delivered his controversial lecture on religion, "What Must We Do to Be Saved?" at the Grand Opera House.

On Monday, May 15, 1882, L. Frank Baum's new musical The Maid of Arran opened at the Grand Opera House. It was Baum's twenty-sixth birthday. Tickets cost $5.50 (about $120 in current dollars). Baum had composed the play's book, lyrics, and music, and also played the lead role. He had  based The Maid of Arran on the 1873 novel A Princess of Thule by Scottish author William Black (1841-1898). Baum's first great success, the play went on tour around the country, including a run on Broadway, before returning to Syracuse. On February 14, 1883, Baum's mother-in-law Matilda Joslyn Gage and her husband attended a return engagement of the play at one of Syracuse's other premier performing arts venues, the Wieting Opera House.

The Building and Site. The Grand Opera House opened to great fanfare in October 1879. It replaced Barton's Opera House (later known as the Park Opera House), a previous occupant of the commercial Barton Block. The new opera house was on the ground floor (in contrast to the Park, which had occupied the third floor). The third-floor space formerly occupied by the Park was repurposed as a ballroom/meeting hall. The Grand was spacious and lavishly appointed, and experienced ongoing success. When destroyed by a fire in September 1888, it was quickly rebuilt. It was demolished in 1925.

The structure was located across East Washington Street from Syracuse's City Hall on a section of East Genesee Street that no longer exists. Genesee formerly ran between East Washington Street and East Fayette Street. In later years that section was removed to create a single larger block bounded by East Washington, Montgomery, East Fayette, and State Streets. That block now houses the Hills Building (erected 1928) and, next to it, a large parking lot that corresponds to the former location of the Opera House. 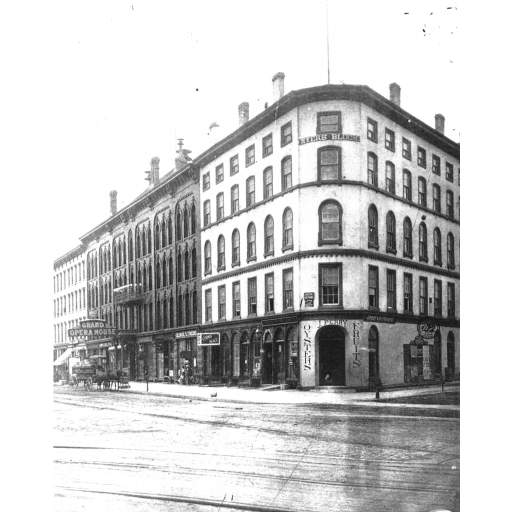 The Grand Opera House (sign at left, above carriage) as it appeared in the 1880s. The Opera House location is now the site of the City Hall Parking Lot; the white building to right of the Opera House stands in what is now the footprint of the Hills Building (see next photo). Image from the collection of the Onandaga Historical Association, 321 Montgomery Avenue, Syracuse N. Y. 13202. Reproduced by permission. 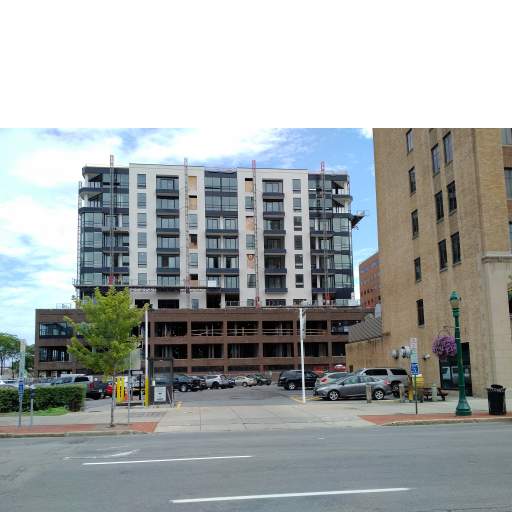 The site of the Grand Opera House, viewed across Montgomery Street. At left is the City Hall Parking Lot; at right is the Hills Building, a twelve-story office tower erected in 1928. 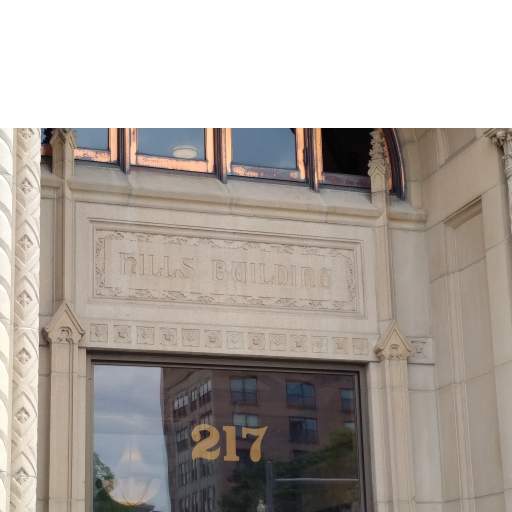 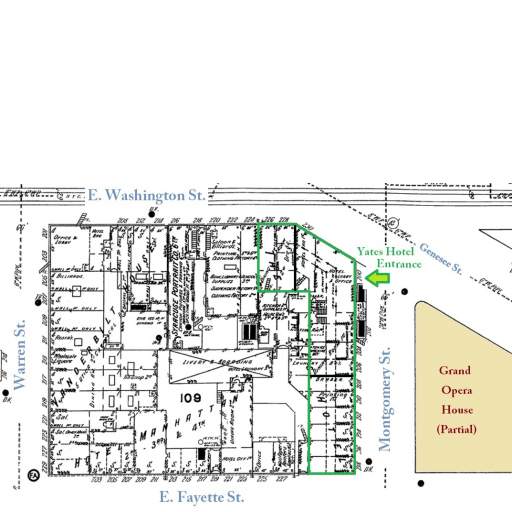 Grand Opera House location shown at edge of a period fire insurance map. The portion of Genesee Street shown proceeding diagonally at upper right no longer exists; both blocks shown now extend north all the way to East Washington Street. The block immediately west of the opera house housed three large hotels, the Vanderbilt, the Manhattan, and the Yates. The entrance and ground-floor outline of the Yates are shown in green, as it hosted the headquarters of a 1906 New York Woman Suffrage Association convention in the city.

Robert Green Ingersoll Gives "What Must We Do to Be Saved?" Lecture in Syracuse