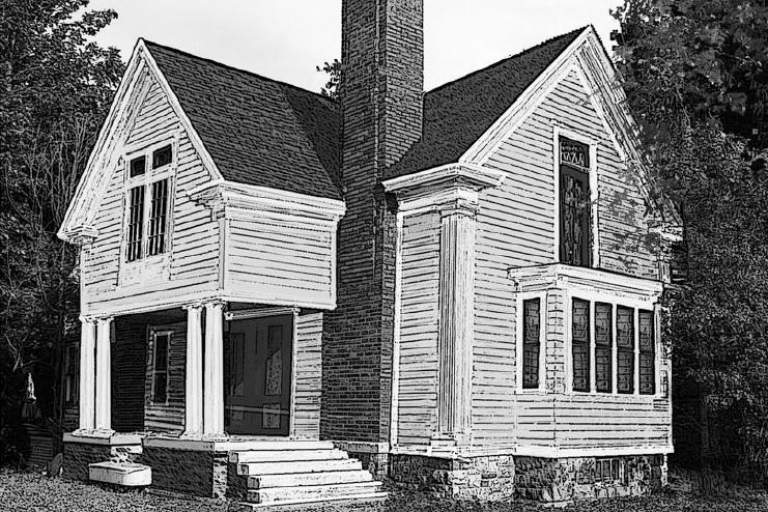 Isabel Howland’s home had a long history in Sherwood’s (now Aurora's) Howland family, a Quaker clan renowned for its work for abolition and woman’s rights. (Nineteenth-century practice was to use the singular, woman's, when referring to women as a class; later practice was to use the plural, women's). Originally constructed in 1837 by blacksmith James Davis, the house and its roughly nine-acre lot were acquired in 1851 by William Howland, son of family patriarch Slocum Howland. Isabel Howland was born in the house on May 21, 1859. In 1888, William and his wife Hannah Letchworth Howland expanded the house, planted extensive gardens, and named the estate Shade Lawn.

Isabel and her brother Herbert jointly inherited Shade Lawn in 1905. In 1910, Isabel retained Syracuse architect Albert Brockway, expanding the property into a small mansion with numerous gables that she renamed Opendore, reflecting her desire that the structure serve all of Sherwood. Indeed, Opendore became a center of community activities, including meetings of the Sherwood Political Equality Club (which Isabel had helped to launch), the Women’s Christian Temperance Union, and numerous school groups. In its heyday, the house was surrounded by outbuildings including an ample barn.

Upon Isabel’s death in 1942, Opendore was repurposed as an apartment house that housed a number of local teachers. In the 1970s, it passed into absentee ownership and was abandoned in 1976. When absentee owner Edward Deschl died in 2007, the structure was badly deteriorated and open to the elements. A restoration effort is now almost complete. Its result will be a more suitable space in which to display the Underground Railroad and suffrage artifacts now displayed under crowded conditions in the nearby Howland Stone Store.

Google Maps and many GPS units have difficulty resolving street addresses in the Sherwood historic district. If you need to find the site using dead reckoning, Opendore occupies the third residential lot due north of the Howland Stone Store and its adjacent wood clapboard annex on New York Route 34B. It is on the same side of Route 34B as the Stone Store. 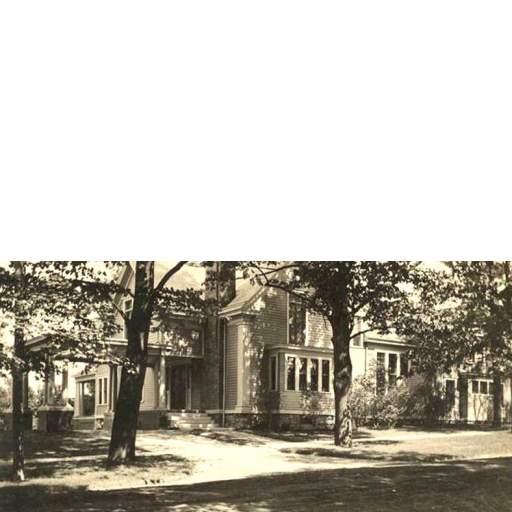 This undated photograph of Opendore is thought to have been taken while Isabel Howland was still living there. The photo shows the building as seen from Route 34B. Image courtesy of Beth Crawford. 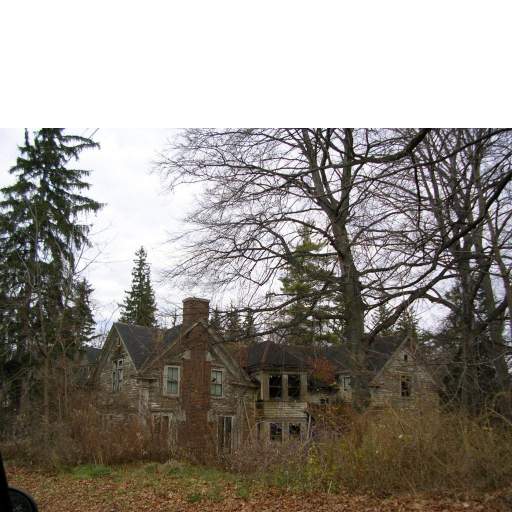 This 2005 photograph shows Opendore in decrepit condition, open to the weather and being obscured by undergrowth. The death of its absentee owner two years later would make it possible for community activists to work for Opendore's rehabilitation. 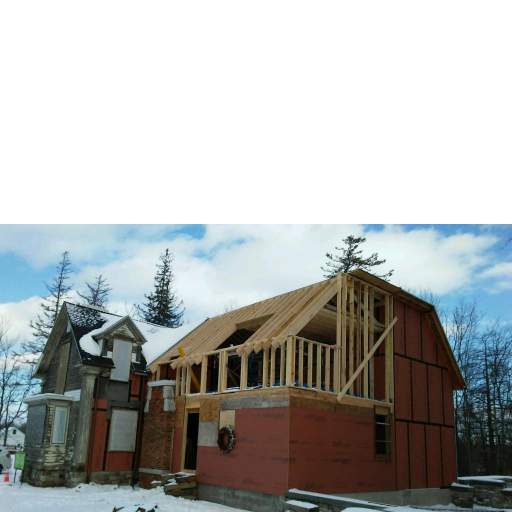 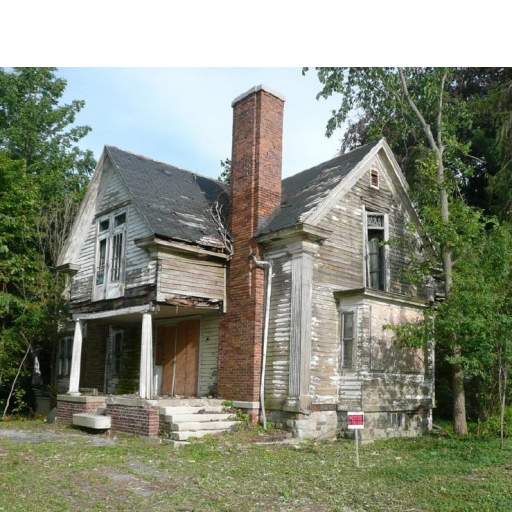 This alternate angle of Opendore in decay was utilized as a "before" picture by architects planning its restoration. Image courtesy of Beth Crawford. 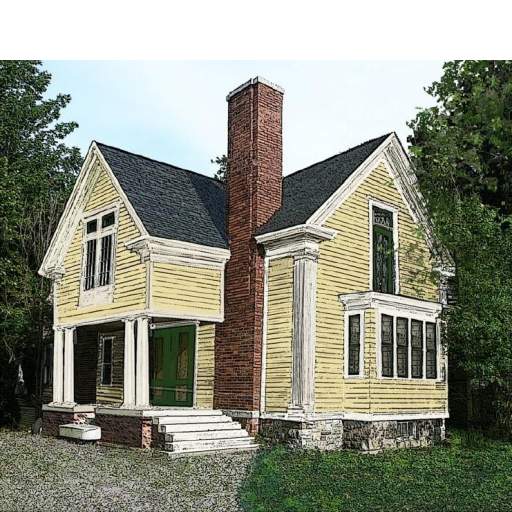 This "after" rendering shows how the structure should appear when rehabilitation is complete. Image courtesy of Beth Crawford. 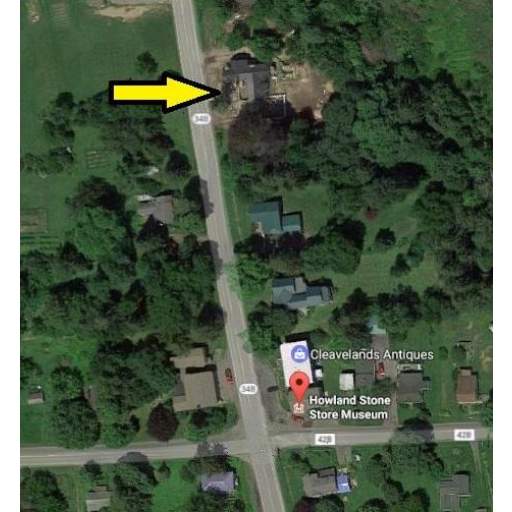 Opendore (yellow arrow) occupies the third residential lot due north of the Howland Stone Store on New York Route 34B in the Sherwood historic district, now part of Aurora, New York. The cross street is New York Route 42B. Use this image as a finding aid in the event that your GPS or other navigational aid fails to resolve the address. 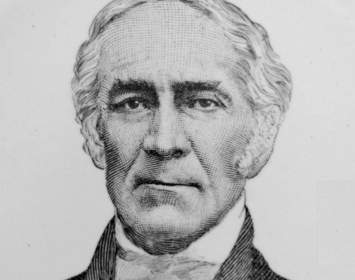