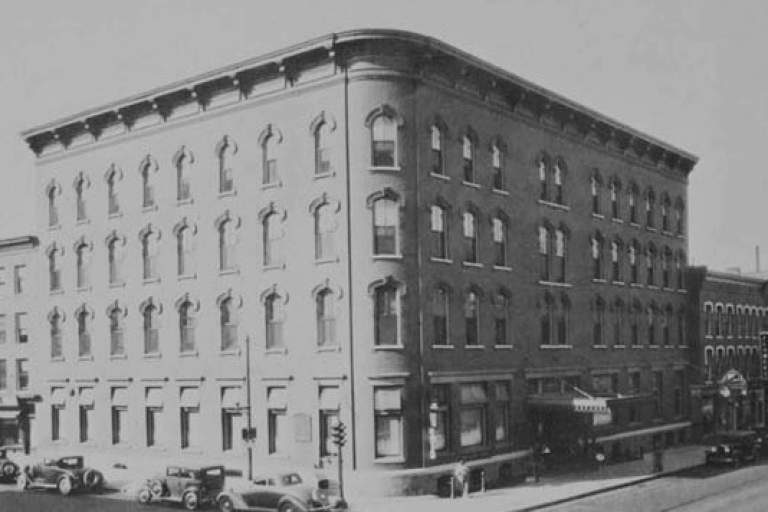 The forty-third annual convention of the New York State Woman Suffrage Association (NYSWSA) was held at Ithaca on Tuesday through Friday, October 31–November 3, 1911. Ithaca was chosen as the convention site because in 1908, the local Political Study Club (an independent pro-suffrage organization) received a prize for the “largest increase of membership” among local suffrage organizations in New York State.

On Tuesday, October 31, proceedings opened at First Baptist, highlighted by a principal address by NYSWSA president Harriet May Mills. “The successes of the past year are great,” Mills declared. "They warrant more in the near future and fill us with fresh courage as we journey toward the promised land of freedom and equality."

On Wednesday, November 1, delegates convened again at First Baptist to conduct various business. In the afternoon, there was a concert at Sage Chapel on the Cornell Campus and a talk by Jacob Gould Schurman, Cornell’s president.

On Thursday, November 2, the public session began, again at First Baptist, with workshops for organizers, election of officers, and a memorial event for revered Geneva campaigner Elizabeth Smith Miller, who had died on May 22, 1911, aged 88. Speakers included regional activists Emily Howland, Ella Hawley Crossett, Eliza Wright Osborne, and others.

On Friday, November 3, the convention concluded with a brief general meeting at First Baptist, followed by a meeting of NYSWSA's Executive Committee that convened at 10:00 a.m. at the Ithaca Hotel. At its conclusion, the forty-third annual convention of the NYSWSA drew to a close.

The Building and Site. The Ithaca Hotel at North Aurora and East State Streets was the second structure of that name to occupy the site. The original Ithaca Hotel was built in 1809 by Luther Gere. When it burned down in 1871, it was quickly replaced by a four-story brick hotel in then-contemporary style, which opened in 1872. Designed by Ithaca architect A. B. Dale, the hotel could accommodate 200 guests and 175 diners. The building was demolished in 1967. Though unsuccessful, local opposition to the hotel's demolition helped catalyze Ithaca's historic-preservation movement, now embodied in the organization Historic Ithaca.

The hotel was replaced by a mixed-use commercial building that overlooks the western terminus of Ithaca Commons, the city's downtown pedestrian mall.

Thanks to Patricia Longoria for research assistance. 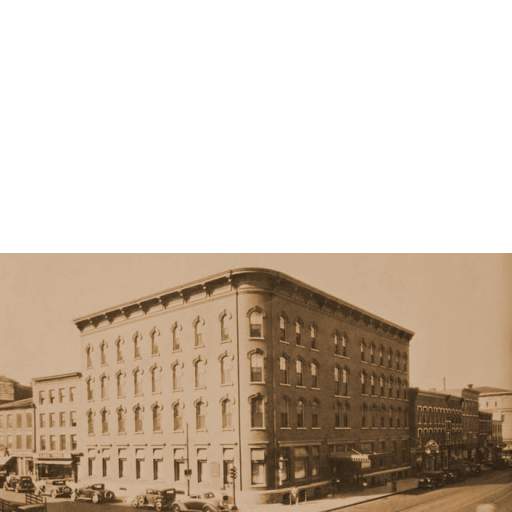 The Ithaca Hotel (the second structure to bear that name on its site) was designed by local architect A. B. Dale and erected in 1872. It was demolished in 1967. 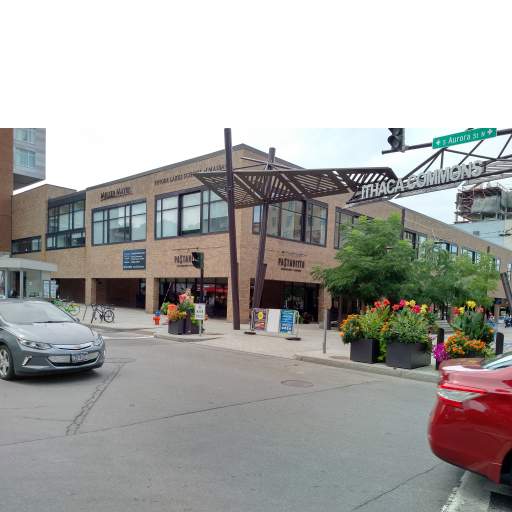 The corner of North Aurora and East State Streets, where the Ithaca Hotel stood until its demolition in 1967. It now contains a mixed-use commercial structure. At right can be seen the overhead sign marking the western terminus of Ithaca Commons, the city's downtown pedestrian mall.