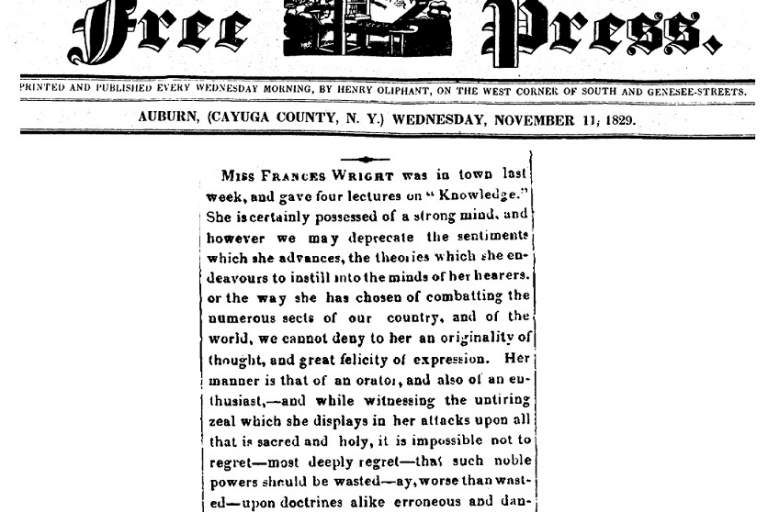 During the first week of November 1829, the best-selling authoress, abolitionist, freethinker, feminist, and sex radical Frances "Fanny" Wright spoke in Auburn, New York, at Corning Hall. She delivered one of her standard addresses, "On the Nature of Knowledge." One of the first woman orators to address mixed-sex public audiences in the U.S., Wright was always controversial. That controversy stood her in good stead in Auburn, where she presented her address on knowledge four times in succession.

Auburn-based religious journalist Orestes Brownson attended one of these lectures during one of his several crises of faith. He had met Wright not long before, after she gave an antislavery lecture at an unknown location in Utica; on this occasion, they met again and became friends. The friendship appears to have played a role in Brownson's third and most public period of atheism. Within days of their Auburn meeting, Brownson became a corresponding editor of Wright’s freethought newspaper, The Free Enquirer. He could not long maintain his unbelief; by the fall of 1830, he had severed his ties with The Free Enquirer and begun to preach as a Unitarian.

Corning Hall, arguably Auburn's first large lecture hall, was probably the venue for Wright's November 1829 lectures. No known documentary evidence established for certain that Wright lectured there, but in 1829, Corning Hall was Auburn's largest hall and would have been the most reasonable choice for a speaker who had sparked such interest that she would need to deliver one address multiple times.

"On the Nature of Knowledge," the address Frances Wright delivered in Auburn, was one of her standard speeches. The full text of that address from an 1834 transcription is available here. An 1829 anthology published by Wright's Free Enquirer contained an earlier version of the address accompanied by the text of several of her other standard lectures.

Thanks to the Cayuga County Historian's Office for research assistance. 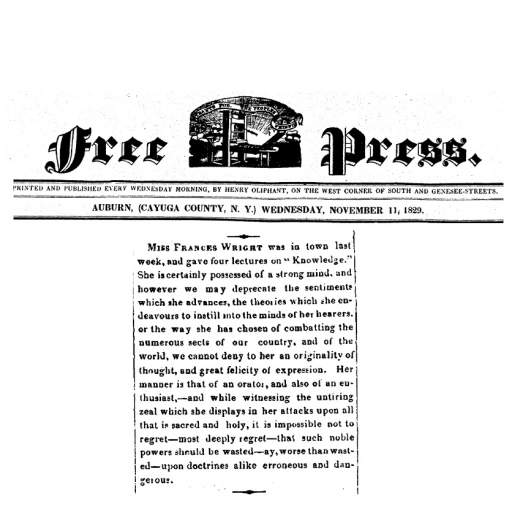 This clipping from Henry Oliphant's Auburn Free Press of November 11, 1829, establishes the approximate dates of Wright's four deliveries of her address "On the Nature of Knowledge." Image courtesy of the Cayuga County Historian's Office. 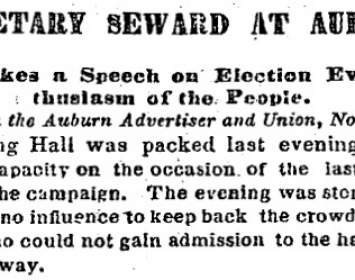 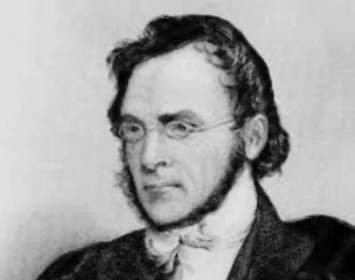 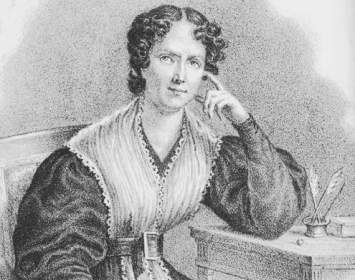