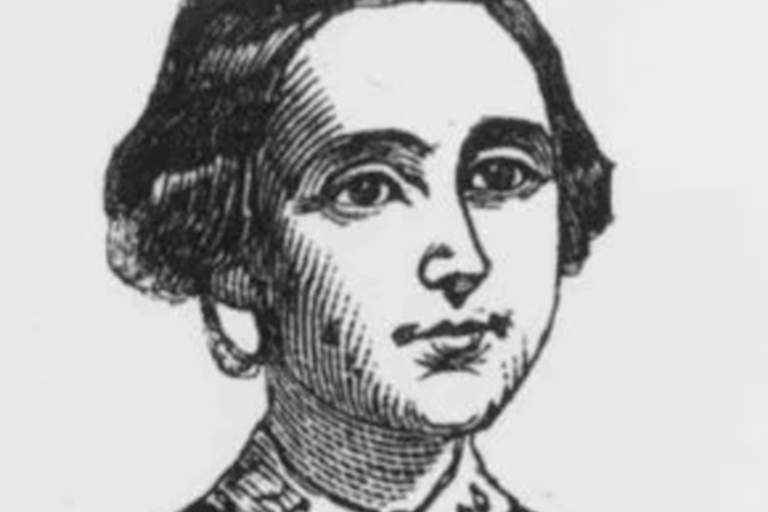 Woman's rights and dress reform advocate Amelia Jenks Bloomer has been honored with a new Profile and two new Sites pages on the Freethought Trail.

Bloomer (1818–1894) played an important role in the woman suffrage and dress reform movements -- though not the one most people think. The editor and publisher of The Lily (based in Seneca Falls, New York) -- the nation's first newspaper by and about women -- she promoted a new, more practical mode of dress for women in The Lily's pages. For her trouble, the press named the new style after her: a relatively short dress over pantaloons would ever after be known as "the Bloomer costume," or simply "Bloomers." Yet Amelia Bloomer did not invent the style: that was the work of woman's rights advocate Elizabeth Smith Miller, then of Peterboro, New York. Nor was she the first resident of Seneca Falls to wear the style; that would have been Elizabeth Cady Stanton. But Bloomer's name has remained attached to the style to this day.

The important role of the Bloomer costume for the woman's rights movement and the cause of dress reform is described in a new Events page.

And two sites in Seneca Falls, where Bloomer lived, have been spotlighted in new Site pages. They are:

1) A historical marker just outside of downtown Seneca Falls, and

2) The home where Amelia and her husband Dexter Bloomer may have resided when they first moved to Seneca Falls in 1840. (In 1980, the house's identification was certain enough to win it a place on the National Register of Historic Places. More recent historical scholarship casts doubt on the claim, but does not refute it altogether.)

"Amelia Bloomer's story was added to the Freethought Trail as part of its celebration of the centenary of nationwide woman suffrage, which was achieved in August 1920," explained Trail director Tom Flynn.

The Freethought Trail is site-focused, designed especially for the history enthusiast who yearns to understand—and, in better times, to stand on—the spot where a historical event occurred, regardless of whether or not the site is marked or interpreted today. Some Freethought Trail sites feature historical markers or even museums; others are unmarked and may be unknown among area residents. The Freethought Trail is operated by the Council for Secular Humanism, a program of the nonprofit Center for Inquiry. The Trail is co-anchored by the Robert Green Ingersoll Birthplace Museum in Dresden, New York and the Matilda Jolsyn Gage Center in Fayetteville. 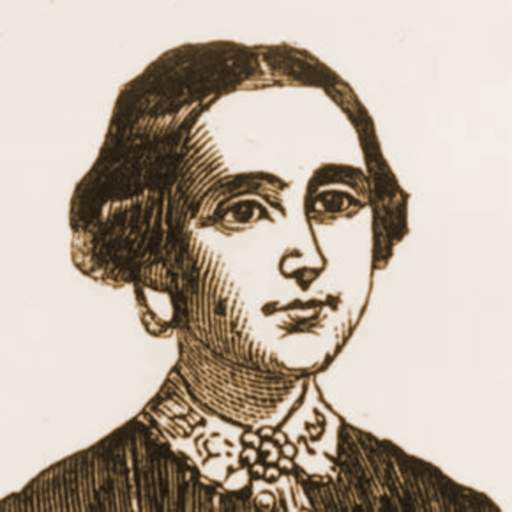 Amelia Bloomer as a Young Woman

Historic engraving of Amelia Bloomer as a young woman. 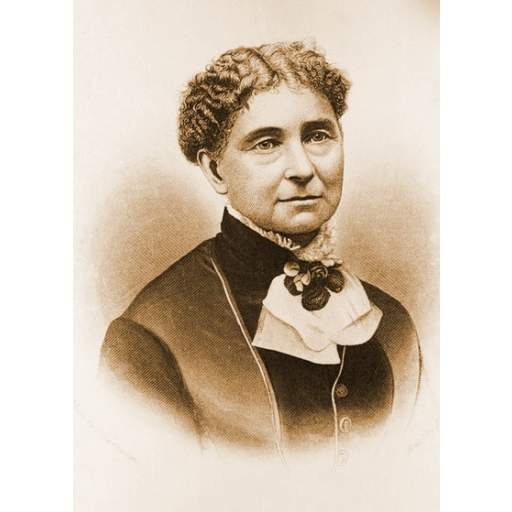