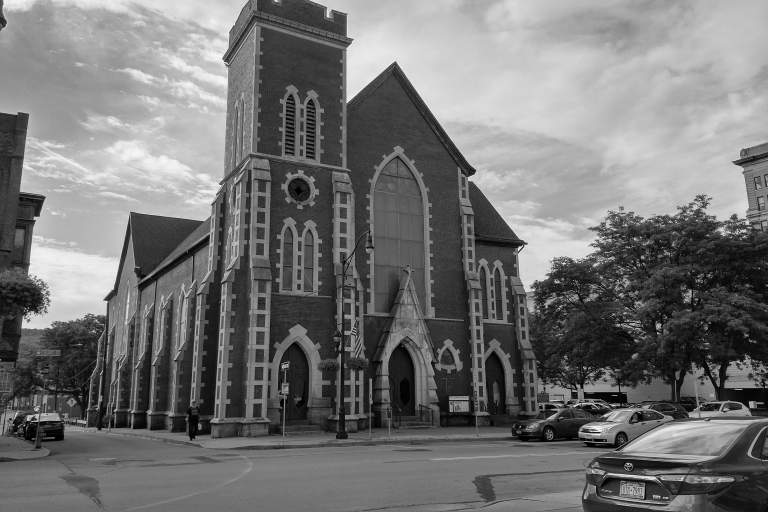 The forty-fifth annual convention of the New York State Woman Suffrage Association (NYSWSA) was held at the Centenary Church (now Landmark Church) in downtown Binghamton on October 14–17, 1913. Plenary sessions of the convention were held on this site; the convention headquarters was the Bennett Hotel and a reception was held for convention delegates at the Clubhouse of the Monday Afternoon Club, a local women's organization.

The convention's story began one year earlier. In 1912, Binghamton suffrage activists Topliff and Ida Wales Gitchell had founded a Votes for Women Club headquartered in downtown Binghamton. Attending the forty-fourth annual NYSWSA convention in Utica, they resolved to have the next year's convention in Binghamton. Though other cities also vied for the event, Topliff and Gitchell campaigned so effectively at the Utica convention that Binghamton was selected for the 1913 event.

The convention was held at the Centenary Methodist Episcopal Church. The church, designed by Binghamton architect Isaac Gale Perry, was completed in 1866, on the hundredth anniversary of Methodism in the United States, hence the name "Centenary."

On October 7, 2017, New York's suffrage centenary was celebrated with a reenactment of the 1913 parade and convention. One year later, on October 6, 2018, a more modest reenactment preceded the dedication of a historical marker funded by the William G. Pomeroy Foundation.

Thanks to Christopher Philippo and Roger Luther for historical research. 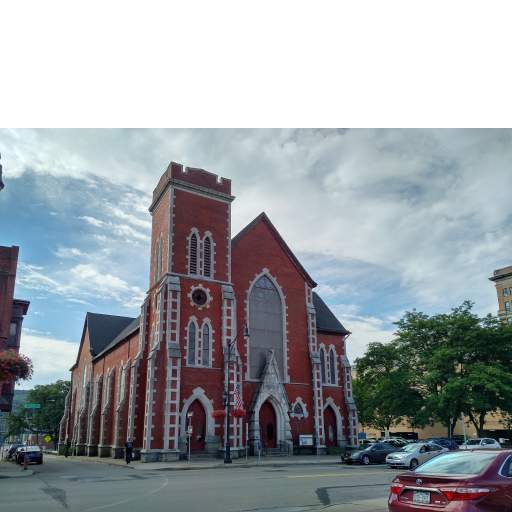 Centenary Methodist Episcopal Church was erected in 1866. After consolidation of several downtown church congregations, the historic structure is now known as Landmark Church. 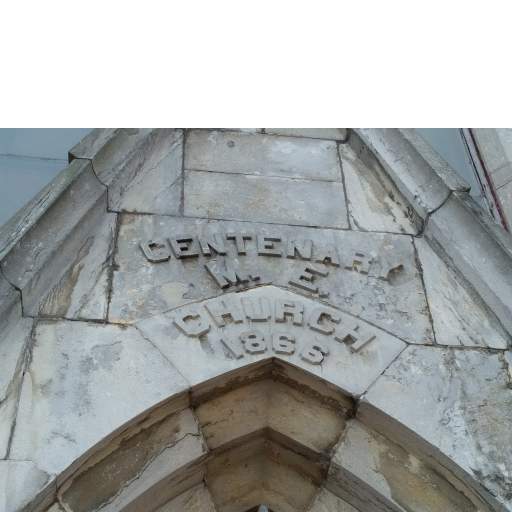 The church's original name and construction date are preserved in this stonework above its main entrance. 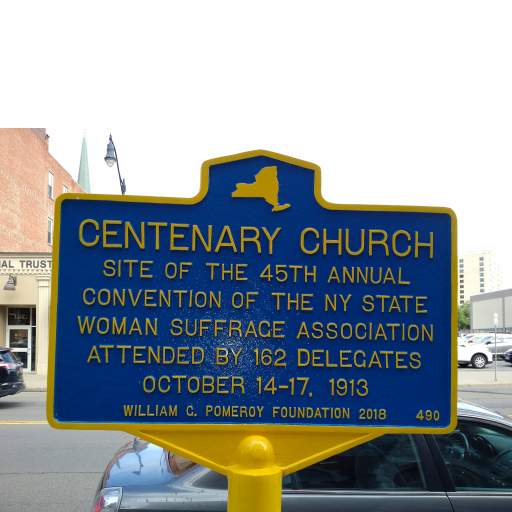 This historical marker was dedicated in front of the church in 2018.