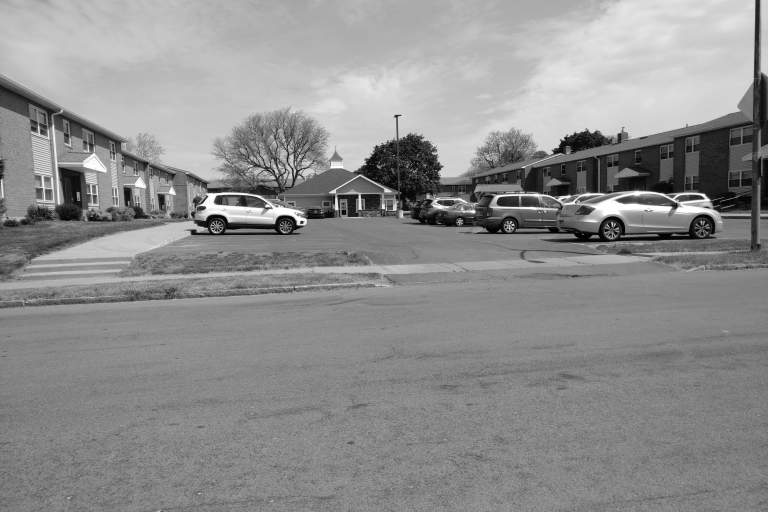 Emma Goldman lived on this site during most of 1886.

Goldman emigrated from Russia to Rochester, New York, in January 1886. She was accompanied by her sister Helena; the two moved in with her sister Lena, who had preceded them to America. Lena boarded at a flat located at 120 Kelly Street, very near Hudson Street.

While living here, Emma took a job at Garson, Meyer, and Company, a garment factory that she viewed as a sweatshop. She later wrote that it represented "my inauguration into the beauties of American factory life; the place where I first learned the brazenness of American liberty."

Near the end of 1886, the sisters' parents, Abraham and Taube, also moved to Rochester. They moved into a house on Saint Joseph Street (now Joseph Avenue), and the sisters quickly moved in with them.

The Building and Site. No image of the house at 120 Kelly is known to survive. In 1985, the entire neighborhood was replaced by the Holland Townhouses, a 109-unit apartment complex operated by the Rochester Housing Authority.

Thanks to Timothy Binga and Christopher Philippo for research assistance. 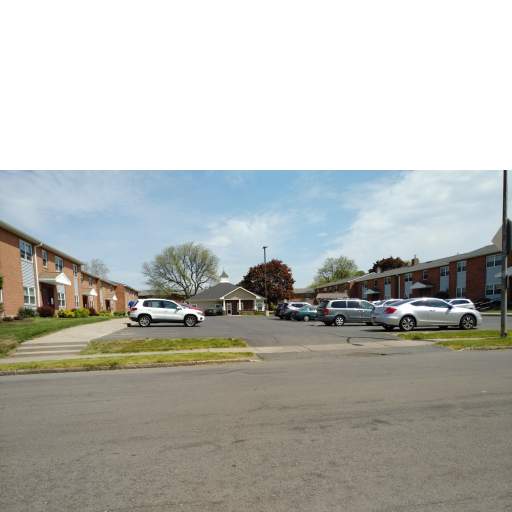 The former site of Helena Goldman's flat has been occupied since 1985 by the Holland Townhouses, a 109-unit apartment complex operated by the Rochester Housing Authority. Shown here are two typical apartment rows (at either side) and a community center (in middle).