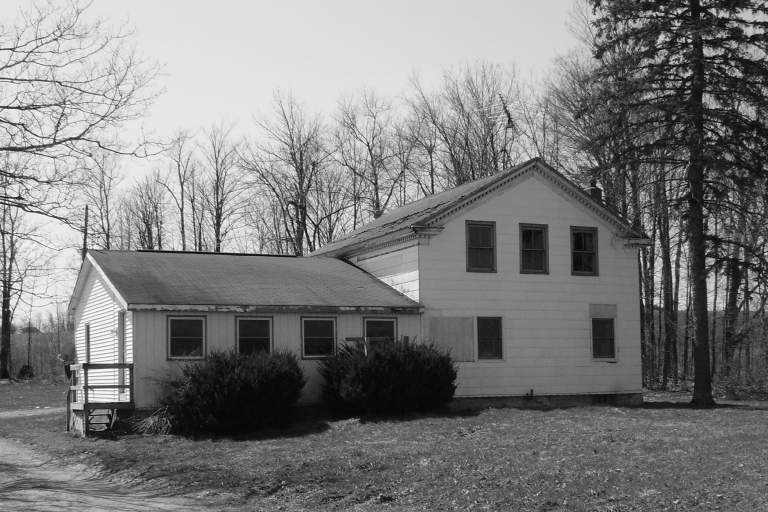 From August 1842 to August 1854, philanthropist and abolition activist Gerrit Smith lived on this site. It lay 1.2 miles south of his estate at the center of Peterboro, on what is now Swamp Road. Because of difficult economic conditions following the Panic of 1837, in 1842 Smith moved out of his three-story mansion and put it on the market. For twelve years he and his wife Anne Carroll Fitzhugh Smith lived in a house on this site. The site became known as "the Grove."

Gerrit walked daily to and from his land office on the estate grounds to carry on his business. Gerrit and Ann continued receiving a varied stream of visitors, from famed abolitionists to escaping slaves, just as they had at the mansion.

As for the mansion, it attracted no prospective buyers. (It is unlikely that anyone else then residing in Madison County could have afforded such an elegant home.) In 1846, Smith took the mansion off the market. He invited Elizabeth and Charles to take up residence there. The young couple lived there until the end of 1850. At that time Gerrit made them a gift of a  detached house on the village green just across from his estate. Elizabeth and Charles moved there from the mansion in January 1851. Thereafter the mansion remained vacant until Gerrit resigned from his partial term in the U. S. Congress in August 1854. At that time Gerrit and Ann returned to the mansion, where they continued to reside until Gerrit's death late in 1874.

The alphanumeric string shown in place of a street address in the banner above is an Open Location Code, also known as a Plus Code. In conjunction with the place name, a Plus Code can uniquely identify any location on earth in cases where a postal address is unknown.

In 1893, the long-defunct Peterboro Baptist Church was sold for $100. The site was remarkable because Peter Smith—founder of Peterboro founder and Gerrit Smith's father—had donated the land on which the church was built in 1819; in addition, the church had been the site of several noteworthy abolition events, including a two-day anti-slavery convention in August 1850 whose principal address was given by Frederick Douglass. After the church was sold, its structure was demolished. The lumber was used to construct a horse barn on the "Grove" site. The barn was lost to fire in 1949.

No period images of "The Grove" exist. The site is now a private residence which anchors a working farm on Swamp Road (New York State Route 101). It is unknown how much, if any, of the historic house is incorporated in the current farmhouse. 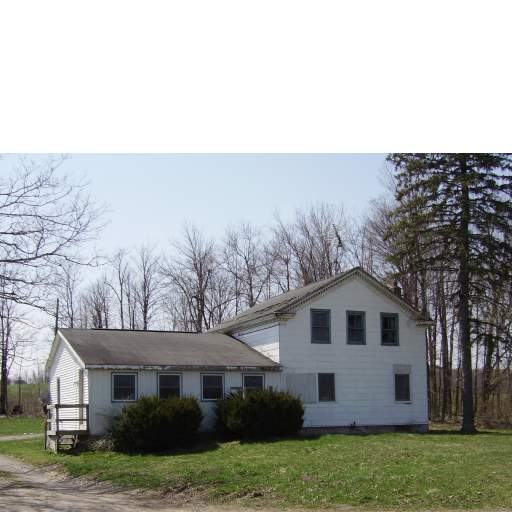 The site of "The Grove" is now a working private farm. It is unknown whether this farmhouse contains any portion of the residence in which Gerrit Smith lived during his twelve years on the site. Image courtesy of the Peterboro Area Historical Society.