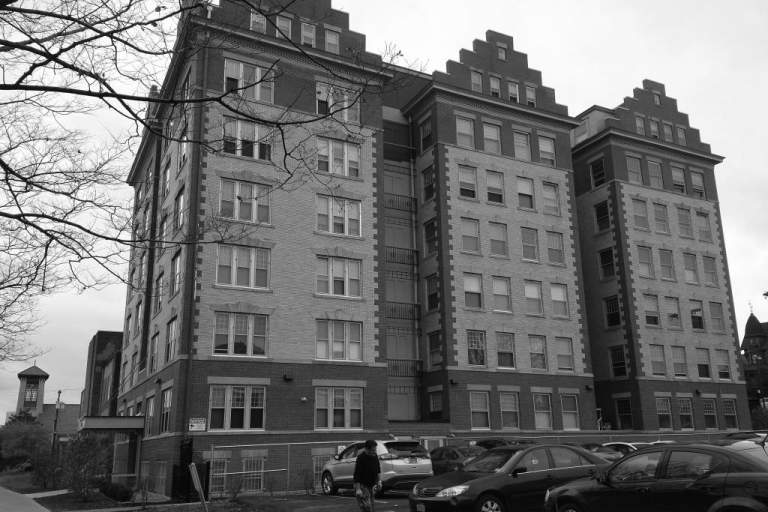 In 1914, Syracuse-based suffragist Harriet May Mills organized and chaired a three-day regional suffrage conference in Syracuse. The event was held at the Syracuse YWCA and at the Ka-Na-Te-Na Club, a then-prominent local women’s organization. Apparently the Ka-Na-Te-Na Club owned or rented space in this grand apartment building in an elegant Syracuse neighborhood. Though the club’s name is clearly of Native American derivation, its meaning is unknown.

The club's existence is previously attested. The program of the 38th annual convention of the New York State Woman Suffrage Association (NYSWSA), held in 1906, indicates that one Mrs. E. S. Jenney, wife of Colonel Edwin S. Jenney—the former Marie H. Saul, then president of the club—made welcoming remarks at the opening day of the convention at Syracuse's May Memorial Church. In the program, the club's name was rendered as the "Kanatenah Club."

A 1947 obituary of Julie Regula Jenney, Syracuse's first woman attorney and an assistant attorney general of New York State, stated that she was one of the organizers of the "Ka-Na-Te-Nah club" (yet another variant spelling). As "Mrs. E. S. Jenney" is her mother, it is speculated that she, and not daughter Julie, was an organizer of the club.

The club is believed to have ceased operations in the 1960s. Persons with more information on the Ka-Na-Te-Na Club are urged to contact Freethought Trail management at tflynn@centerforinquiry.org.

After the 1960s, both the building and the neighborhood declined. But the neighborhood is enjoying a renaissance; in 2014, the apartment building was grandly rehabilitated and reopened as part of the Kasson Place complex. 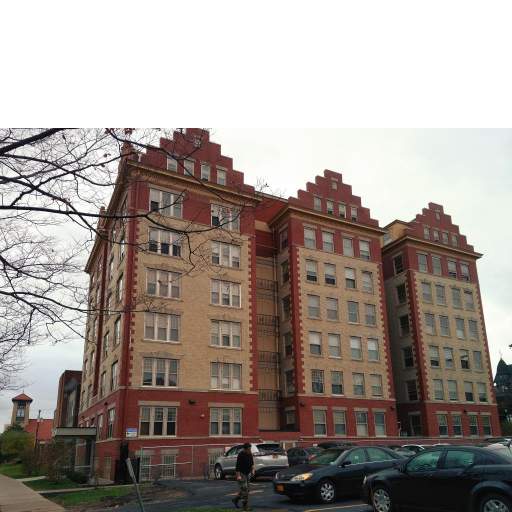 Side view of the apartment structure that once housed the Ka-Na-Te-Na Club. 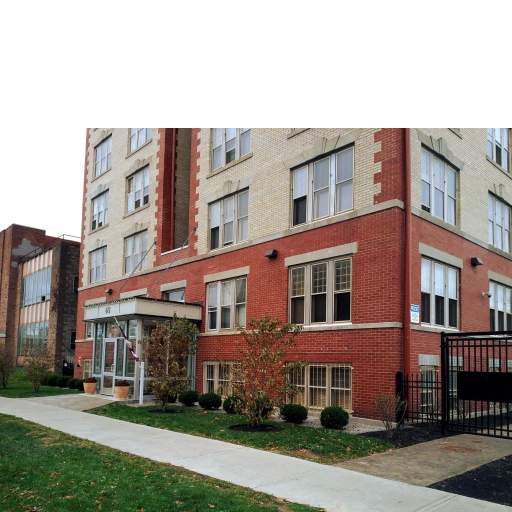 Closer view of the entrance of the restored apartment building that once housed the Ka-Na-Te-Na Club. 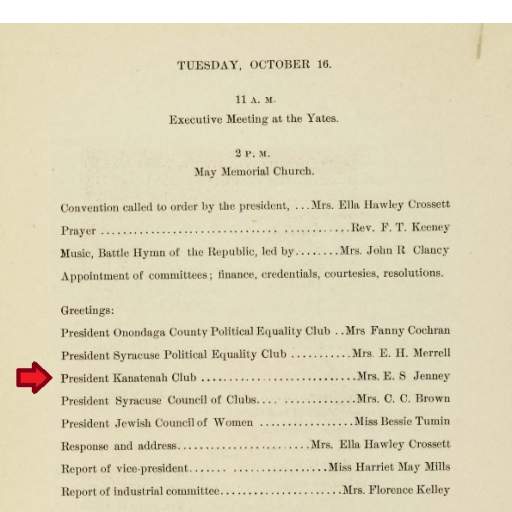 The program for the 38th annual convention of the New York State Woman Suffrage Association, held October 16 - 19, 1906 at May Memorial Church and headquartered at the Yates Hotel, shows a welcoming address by one Mrs. E. S. Jenney on behalf of the "Kanatenah Club." 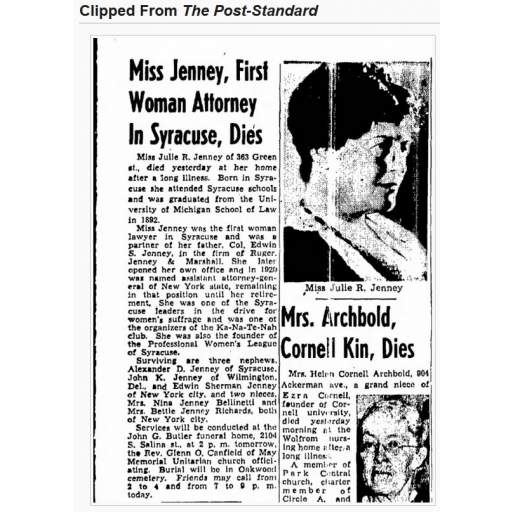 Julie R. Jenney's obituary from the Syracuse Post-Standard describes her as an organizer of the Ka-na-Te-Na Club (but spells it differently). The date of this clipping is unknown, but Jenney died on December 21, 1947.