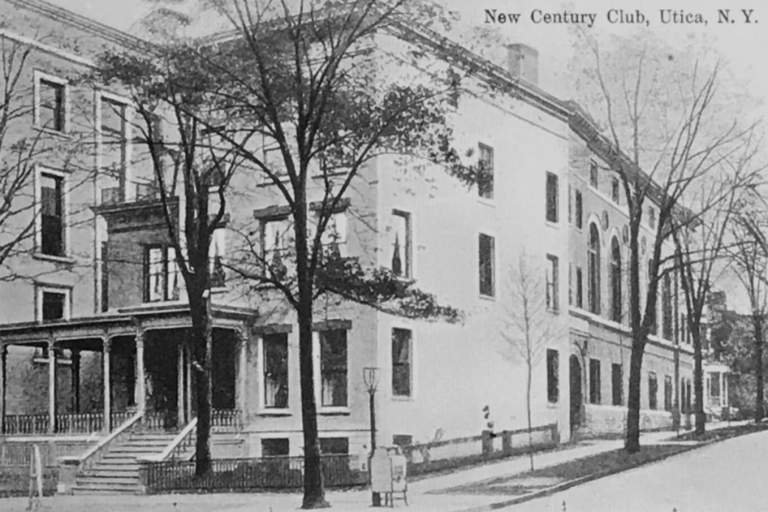 Actually facing on Hopper Street, the New Century Auditorium was added to the east side of the clubhouse of Utica's New Century Club as a public assembly space. The Club was a prominent women's community-service organization. It was the first such club in Utica and only the second in New York State. Its aspirational motto was: “The union of women for accomplishing high and difficult things is the ladder that raises the climber while it makes the heights accessible.”

The auditorium's stage was the site of presentations by prominent suffragist Susan B. Anthony and Jeannette Rankin, the first elected U.S. Congresswoman. On the evening of Thursday, October 17, 1912, New Century Auditorium hosted a public session of the New York State Woman Suffrage Association (NYSWSA)'s Forty-Fourth National Convention. Representatives of the Democratic, Republican, and Progressive Parties spoke and were quizzed by organizers on what each party had done of late to support the suffrage cause. A Socialist Party representative was invited but did not appear.

Other venues used by this convention included Thorn Memorial Chapel and the Hotel Utica.

The yellow-brick auditorium is designed in a Greek Revival style, typical of buildings erected in downtown Utica during the late nineteenth and very early twentieth centuries. It was added to the National Register of Historic Places in September 1985.

The Buildings and Site. The New Century Club was founded in 1893. Under the direction of Utica architect Frederick H. Gouge, a circa-1820 mansion fronting on Genesee Street was converted to serve as the clubhouse and a sizeable brick auditorium was added fronting on Hopper Street.

The date of the auditorium's erection is unknown. Susan B. Anthony, who spoke there, died in 1906, placing an upper limit on how late the auditorium could have begun operating. It is possible that the club added the facility as an annex to its clubhouse immediately upon its formation in 1893. Anyone with information on the date of Anthony's appearance at the auditorium or on its date of opening is invited to contact tflynn@centerforinquiry.net.

The Club made significant contributions to the Utica community and its park system. By the end of the twentieth century, the club had apparently ceased activity and the buildings were decaying. The city of Utica seized the complex for nonpayment of taxes near the turn of the twenty-first century. A local nonprofit performed some cleanup in return for free use of the decaying structure; this arrangement ended in 2009 when New York State withdrew the group's funding as part of the state's response to the Great Recession. Coincidentally, the New Century Club was formally dissolved as a nonprofit organization on January 13, 2009.

Bowers Development, a commercial developer specializing in rehabilitation of historic structures in the region, added the New Century complex to its roster of properties in 2017. Since then renovation has continued, with a goal of transforming the complex into Class A office space.

Thanks to M. P. Connors and Christopher Philippo for research assistance. 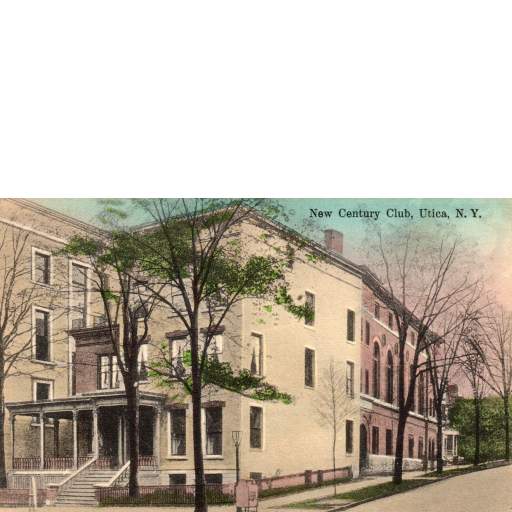 The New Century Club building is seen at center in this hand-colored postcard image (yellowish brick). The Auditorium is the columned, flat-faced red-brick structure at right, running along Hopper Street. Photo courtesy of Timothy Binga, Center for Inquiry Libraries. 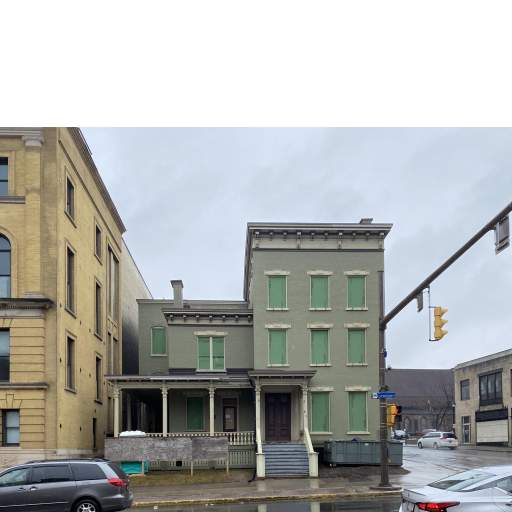 The New Century Club, founded 1893, adapted this 1820s mansion at 253 Genesee Street as its clubhouse. Photo by Christopher Philippo. 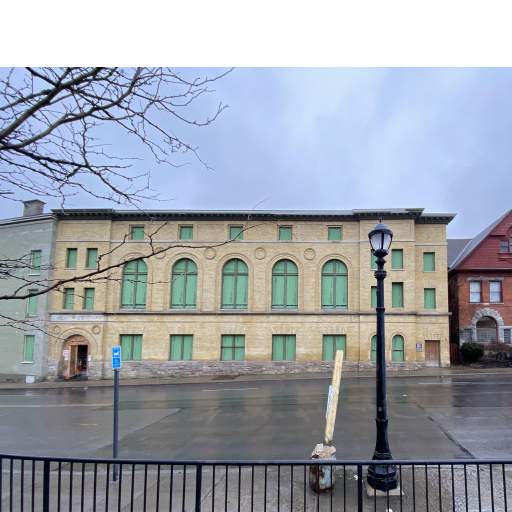 This view looks across Hopper Street. The side of the Clubhouse is visible at far left (green building). The beige brick structure is the New Century Auditorium, designed by Frederick H. Gouge and now undergoing redevelopment. Photo by Christopher Philippo. 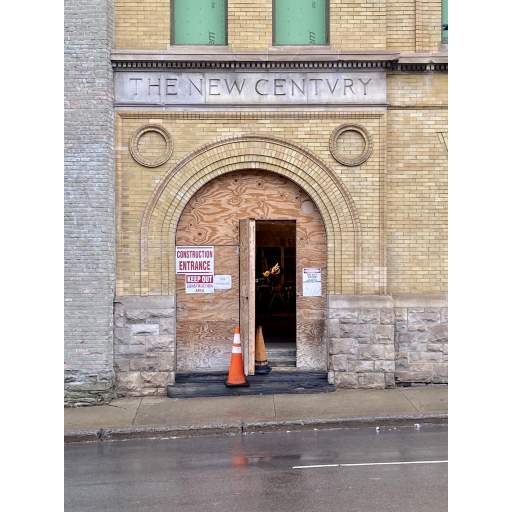 "The New Century" is inscribed in a Roman style over the auditorium's main entrance, now under construction. Through this door passed Susan B. Anthony, Harriet May Mills, Isabel Howland, and others. Photo by Christopher Philippo. 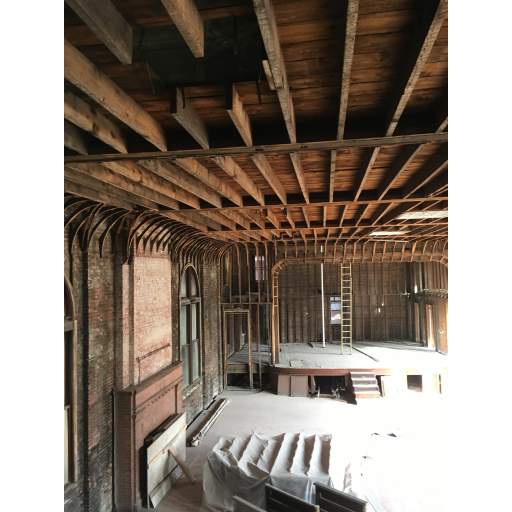 2018 photo shows the interior of the Auditorium stripped to the framing. Period features including the arched ceiling border have been preserved. Photo my R. McLain, provided courtesy of M. P. Connor, Oneida County History Center.