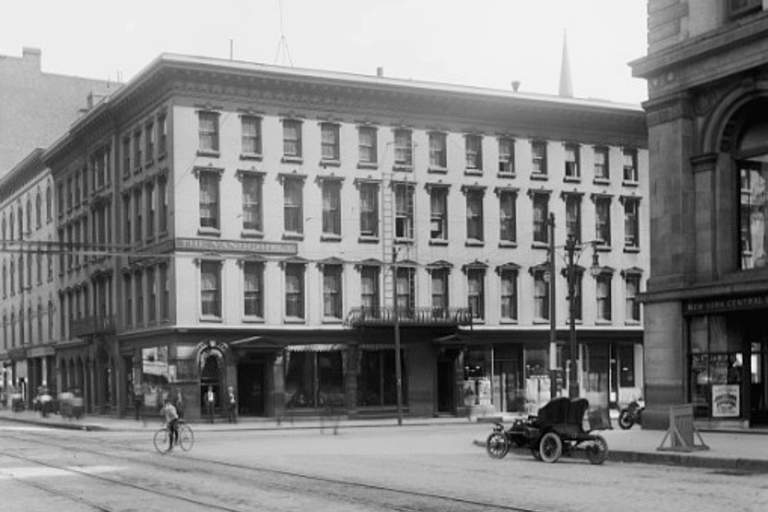 The site (the southeast corner of East Washington and South Warren streets) was originally occupied by Welch’s Coffee House (erected circa 1839). Later known as Cook’s Coffee House, it was a beloved eating and drinking spot of early Syracuse.

The Vanderbilt House Hotel was built on the site in 1867, opening on March 16, 1868. The four-story structure faced Vanderbilt Square, named for rail magnate Cornelius Vanderbilt, whose New York Central Railroad served Syracuse. (Syracuse's first major rail station had fronted on the square.) So the hotel, too, was named in tribute to “Commodore” Vanderbilt. In 1869, Vanderbilt and his second wife stayed one night at the hotel while traveling on their honeymoon; he later sent the hotel an oil painting of himself, which was proudly displayed for decades.

At the time of the 1892 convention, the proprietor was J. H. Fife. The owners were Daniel Candee, Horace Candee, and the estate of Earll B. Alvord.

Though it numbered among Syracuse’s premier hotels in 1892, the Vanderbilt’s years were numbered. By 1915, the once-proud hostelry had been replaced by the Neoclassical Revival-style First National Bank building. After a 1920 merger, the bank was renamed the First Trust and Deposit Company, a name it retained until its acquisition by Key Bank in 1980.

The building is of steel-frame construction, faced with marble and terra cotta. Sculpted lions’ heads adorn the upper cornice. The structure was expanded in 1928 and underwent an ambitious interior renovation in 1960. 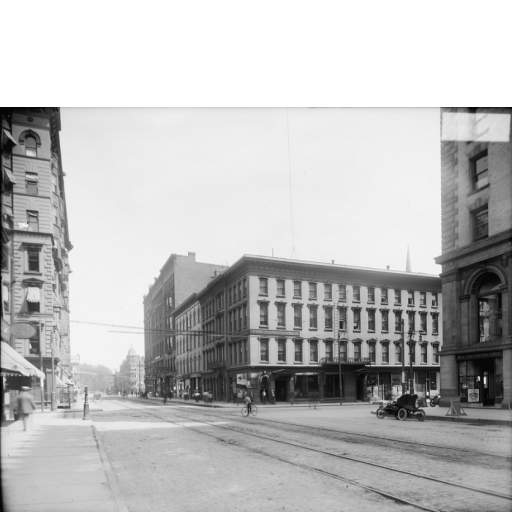 Early twentieth century photograph shows the Vanderbilt House (center right) in its urban context. The four-story structure would be demolished circa 1915 to make way for a Neoclassical-style bank building. 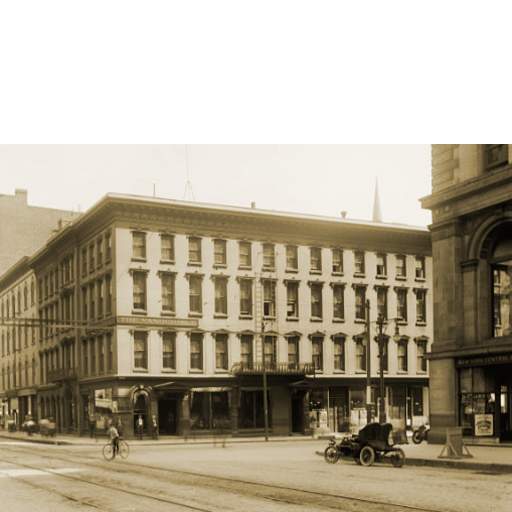 In this view it is apparent that the Vanderbilt House was an 1860s stucture in a city where anything in a style older than Victorian was increasingly out of favor. 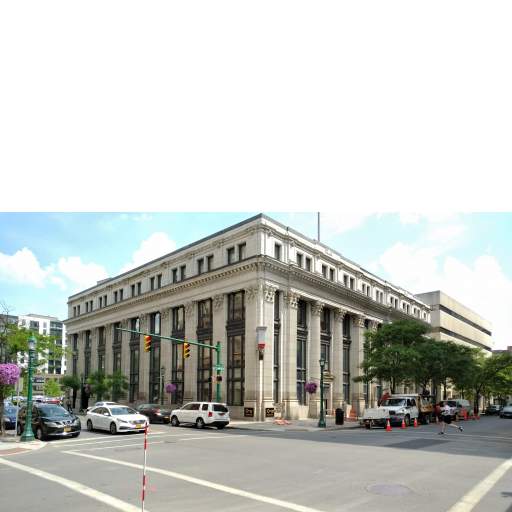 The First National Bank building that replaced the Vanderbilt in 1915 now houses a district headquarters for Key Bank.