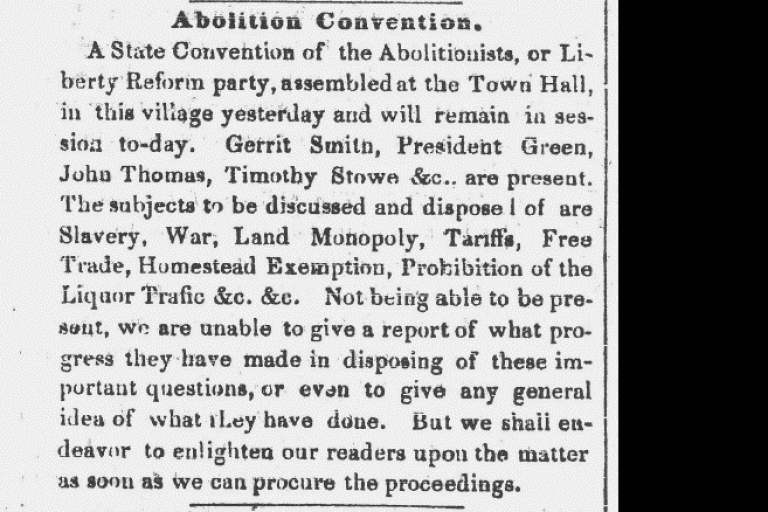 On January 13–14, 1848, the Liberty League, a pro-abolition political party, held its New York State convention in the upstairs exhibition space at Auburn's Town Hall. The prominent reformer and philanthropist Gerrit Smith attended. Not only was Smith a founder of the League, he would be its presidential candidate in the 1848 campaign. The Liberty League had been founded as a small, purist offshoot of the antislavery Liberty Party; it sought to maintain a single-issue focus on abolition at a time when the Liberty Party embraced a growing range of reforms. The Liberty Party had performed strongly (by minor-party standards) in the presidential elections of 1840 and 1844, bringing heightened attention to the abolition cause. By 1848, the party was in decline, most of its members having abandoned it to join the Free Soil movement. The Liberty League represented a "righteous remnant" of the foundering Liberty Party.

It is unknown what actions were taken at this convention. A January 13 item in the Auburn Daily Advertiser suggested that despite the League's professed sole focus on abolition, the convention program included discussions of temperance, tariffs, trade, and more.

During the 1848 campaign, Gerrit Smith would be nominated for president by three abolition parties, marginal as they then were: the Liberty League, the National Liberty Party (yet another Liberty Party offshoot Smith cofounded), and the independent National Reform Association (not to be confused with the organization of the same name that attempted to add an acknowledgment of the Christian god to the U.S. Constitution in the 1860s). 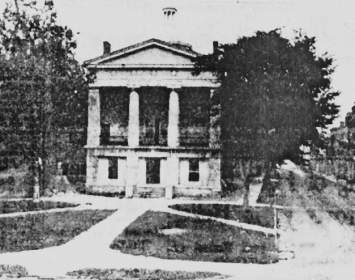