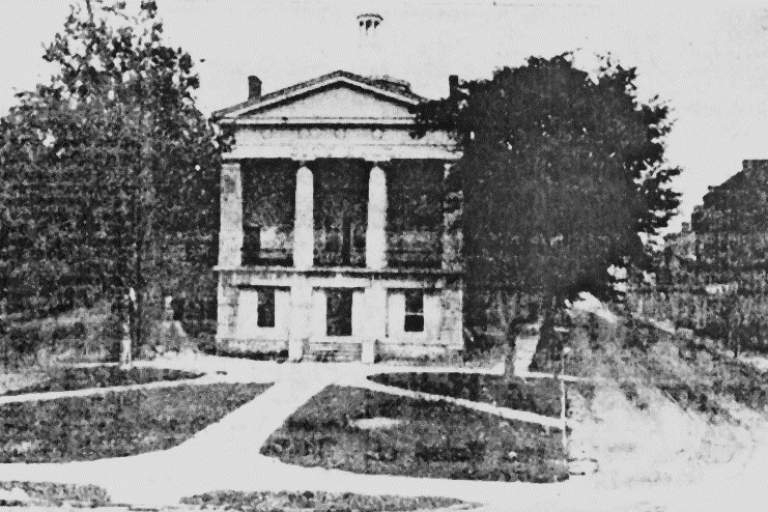 It is unknown what actions were taken at this convention. A January 13 item in the Auburn Daily Advertiser suggested that despite the League's professed sole focus on abolition, the convention program included discussions of temperance, tariffs, trade, and more (see photo below).

During the 1848 campaign, Gerrit Smith would be nominated for president by three abolition parties, marginal as they then were: the Liberty League, the National Liberty Party (yet another Liberty Party offshoot Smith cofounded), and the independent National Reform Association (not to be confused with the organization of the same name that attempted to add an acknowledgment of the Christian god to the U.S. Constitution in the 1860s).

The Building and Site. The building in which the convention was held was Auburn's Town Hall. Like many municipal buildings of the period, it was designed for multiple uses, some of which were meant to earn income for the village. Town Hall housed village offices, the jail, a public market, and the upstairs exhibition hall.

Meeting in Corning Hall, then Auburn's principal meeting space, village trustees voted on July 7, 1835, to construct a "market and public hall." The building was designed by John A. Hagaman. Construction cost $30,000. Contractor Charles W. Pomeroy laid the cornerstone in early 1836 and completed construction in 1837—as it happened, not long before the Panic of 1837 triggered financial chaos that would likely have delayed or ended construction had it struck earlier.

The Panic prompted village leaders to try enhancing the new building's revenue. They passed an ordinance requiring all the village's butchers to rent stalls in the building and all vegetable growers to position their wagons in rented spaces on the square in front of the building. This ordinance was unpopular among merchants and overturned by a lawsuit in 1845. Merchants abandoned the market stalls, which stood vacant until 1854. In that year the space was refurbished to accommodate the Auburn Young Ladies' Institute, a selective finishing school for girls. The Institute remained in Town Hall for almost two decades, moving to new quarters in 1871. The Institute's space and the upstairs exhibition hall space were then converted to additional office space for Auburn's swelling city government.

Municipal offices continued to occupy the building until its demolition in August of 1930.

The site is now occupied by Auburn's main police station. 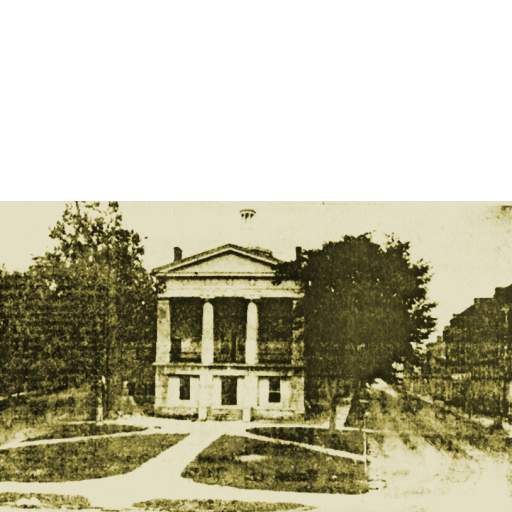 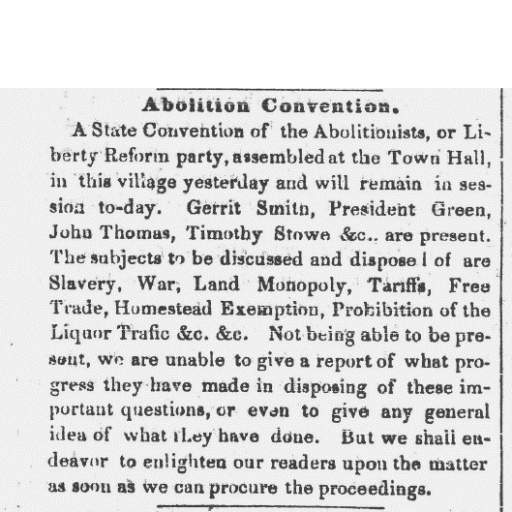 The Auburn Daily Advertiser of July 13, 1848, carried this description of the Liberty League Convention as it was in progress. Those outside the abolitionist movement found the tangled path of the pro-abolition political parties most confusing—as did many inside the movement. Note that this story misnames the party as the Liberty Reform Party. Image courtesy Nancy Assmann. 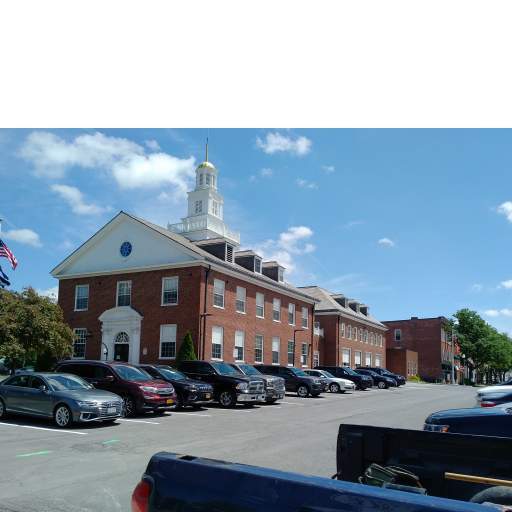 This building, housing the Auburn Police Department, was erected on the Town Hall site in the early 1930s. It continues to serve as the city's principal public safety building. 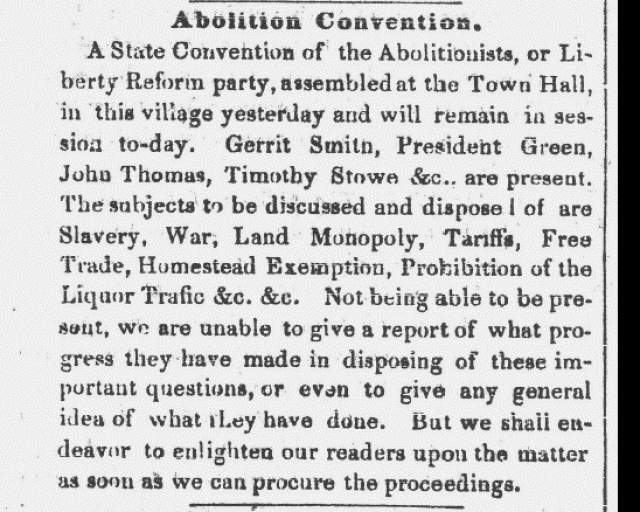