The twenty-eighth annual convention of the New York State Woman Suffrage Association (NYSWSA) was held on Tuesday, Wednesday, and Thursday, November 17–19, 1896, in Rochester. (Nineteenth-century practice was to use the singular, woman's; later practice was to use the plural, women's.) Music Hall, a large upstairs auditorium in what was then Rochester's YMCA headquarters, was the site of the convention's plenary sessions. At those meetings suffrage leader Harriet May Mills of Syracuse served as recording secretary for the convention. In addition, Isabel Howland of Sherwood was elected recording secretary of NYSWSA for the coming year.

The convention began on Tuesday, November 17, with an afternoon business meeting and an evening reception honoring nationally prominent suffragist Susan B. Anthony. Both were held at the Whitcomb House, the hotel that served as the convention's headquarters, as it had for a previous convention in 1890.

Plenary sessions in Music Hall began on Wednesday, November 18. Some 300 persons attended, mostly women, with representatives from nearly every county of New York State. The day was given over to a public business meeting, approval of committee rosters, and the presentation of committee reports. At the evening session, convention-goers were formally greeted by Rochester Mayor George Warner, after which Anthony and nationally prominent suffrage activist Lillie Devereaux Blake delivered addresses.

Plenary sessions continued on Thursday, November 19. The morning session was called to order by Rochester suffrage leader Jean Brooks Greenleaf. Greenleaf had been elected president of NYSWSA at the previous convention held in Rochester in 1890 and announced that she was stepping down from the post at the 1896 convention. (She remained active in the suffrage cause for the rest of her life.) Various business was conducted, including the reading of the minutes of the previous meeting by convention recording secretary Mills and the election of officers. After presentation of a treasurer's report, the plenary session adjourned at midday.

On the evening of Friday, November 20, the Livingston Hotel was the site of a banquet in honor of Anthony, who attended. An estimated 300 persons were present. This banquet was the final event of the 1896 convention.

The convention concluded with a private executive board meeting, presumably held at the Whitcomb House. 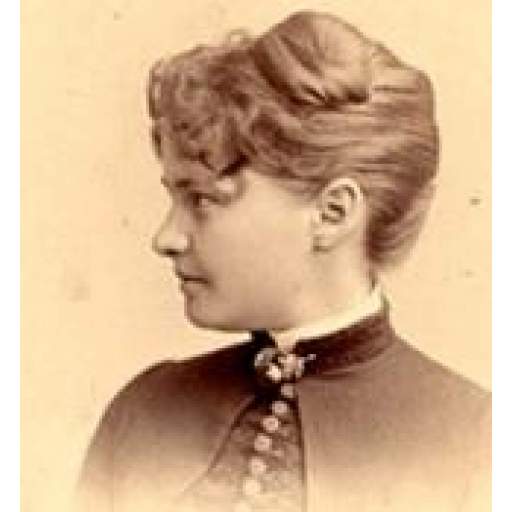 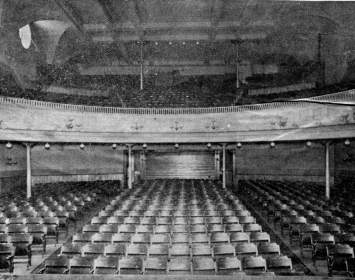 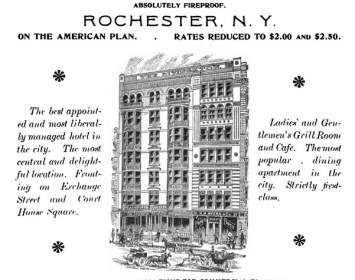 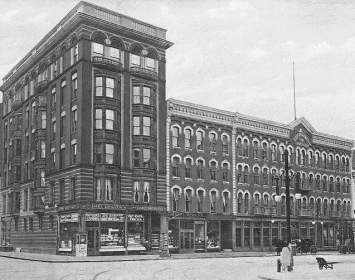