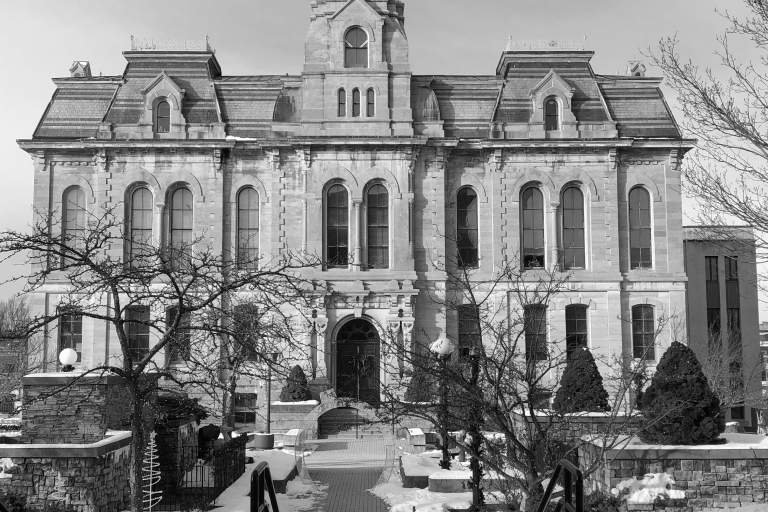 The thirty-third annual convention of the New York State Woman Suffrage Association (NYSWSA) was held from Tuesday through Friday, October 29 to November 1, 1901, in Oswego. Plenary sessions were held at the First Presbyterian Church. Business and executive board meetings were held at the Hamilton House. A reception was held in the Common Council Chamber on this site.

Speaking at the convention were the nationally prominent suffrage leaders Susan B. Anthony, Alice Stone Blackwell, and Anna Howard Shaw and the regional suffrage activist Harriet May Mills.

On the evening of Tuesday, October 29, a gala reception was held in the Common Council Chamber from 8:00 to 11:00 p.m. It is presumed, but not known for certain, that Anthony, Shaw, Mills, and others attended.

The Building and Site. Having outgrown its original municipal building (erected 1836), the city of Oswego invited three regionally prominent architects to submit proposals. In 1869, it selected prominent Syracuse architect Horatio Nelson White and commissioned  him to design a new, larger structure. A two-and-a-half story masonry structure with Mansard roofing, Romanesque Revival windows, and a striking central clock tower was erected beginning in 1870. It opened late in 1871.

The building was almost lost to urban renewal. Fortunately, in the late 1960s the edifice was preserved and expanded, with a rear addition on the north side of the building and a mezzanine floor created in an area the had nineteen-foot ceilings. The building was further renovated in the early 1980s, preserving much of the building's classic interior. In the 1990s, the city acquired the old federal building, a mid-nineteenth-century structure located directly across West Oneida Street. The city converted it into a city hall annex, adding a landscaped plaza between the structures. Today the annex operates as the John O'C. Conway Municipal Center (named for a longtime Oswego attorney, judge, and mayor). It houses the city court and also Oswego Police headquarters, which occupies the rear of the building facing West Second Street.

Oswego City Hall was the first Oswego County building to be declared a historic landmark, in 1972. It was listed on the National Register of Historic Places in 1973.

Thanks to city historian Mark Slosek for research assistance. 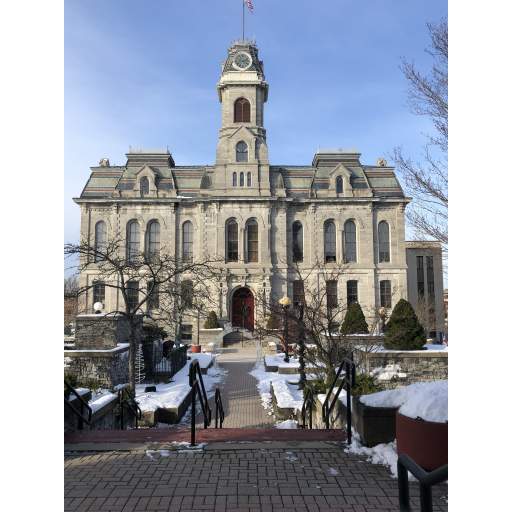 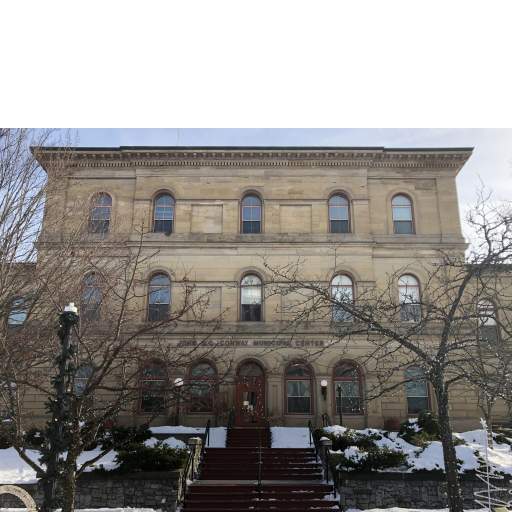 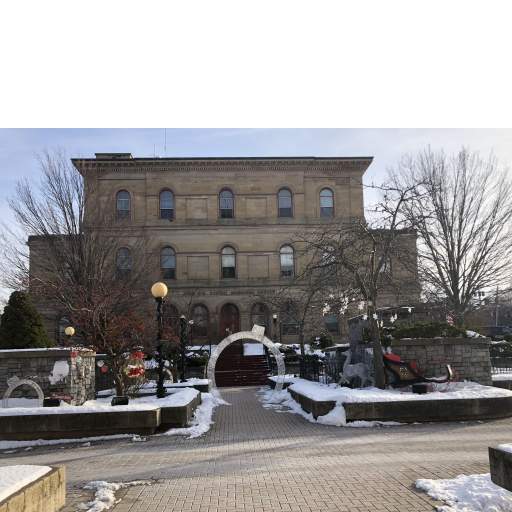 The area between City Hall and the Conway Center has been attractively landscaped and paved. In warmer weather the raised masonry structures house pools and fountains. Photo by Haley Karr. 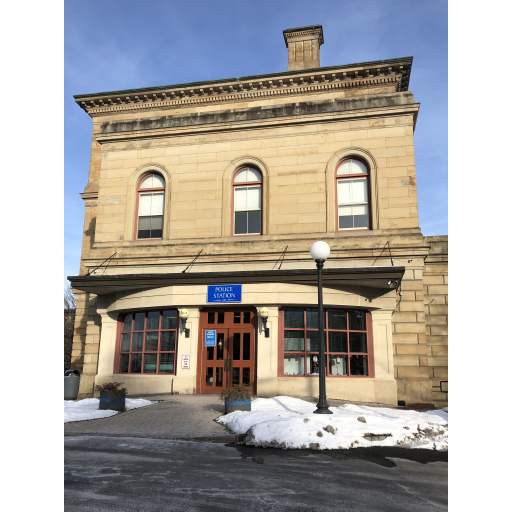 Oswego's police headquarters is located in the rear of the Conway Center, facing West Second Street. Photo by Haley Karr.