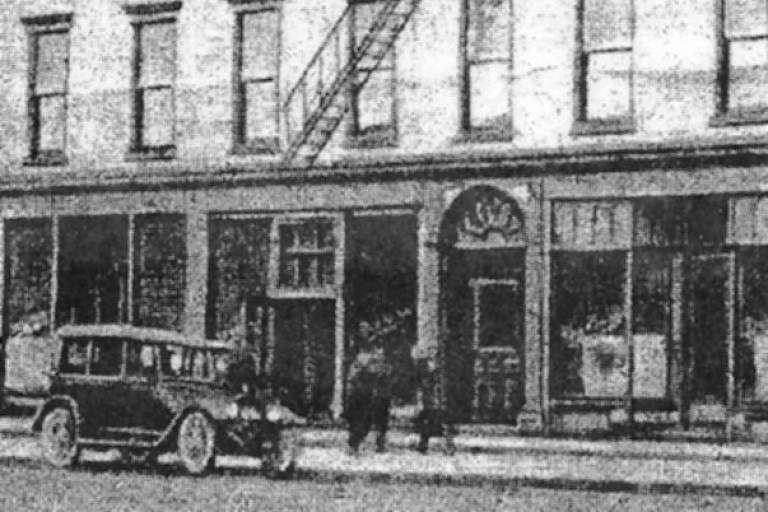 The convention began at the Hamilton House on Tuesday, October 29, with a business committee meeting beginning at 3:30 p.m. and an executive board meeting running from 4:00 to 6:00 p.m. The convention closed with an executive board meeting at Hamilton House, which began at 9:00 a.m. It is presumed that Susan B. Anthony and Harriet May Mills, who addressed the plenary sessions and were deeply involved with NYSWSA's governance, took part in some or all these meetings.

The Building and Site. The site had been a place of hospitality from Oswego's early days. The Eagle Tavern, which stood near here, burned in the great fire of 1853. In 1855, it was rebuilt by Hamilton Murray and renamed the Hamilton Hotel. By 1869, the name "Hamilton House" had been adopted. Max B. Richardson acquired the site and erected a new forty-two–room hotel of the same name in 1892. Among other visitors, the hotel served performers appearing in the Oswego theater Richardson owned, which was considered the finest in northern New York. Among the celebrities who stayed there was Lillian Russell.

By 1909, the hotel was owned by one M. C. Hammond, who sold it for $12,000 to Joseph E. Danio. Danio upgraded the hotel extensively and operated it as the Danio Hotel until 1921. The Danio was noted for its exceptional restaurant whose signature dish was Mr. Danio's specialty, a secret-recipe Welsh Rarebit. In 1921, Danio sold the hotel at auction, convinced that Prohibition would ruin the restaurant's prospects for success. Danio spent the rest of his life as a chef and caterer until he died in 1936. In the mid-twentieth century the hotel was known as the Lannon, named for proprietor Martin F. Lannon. After Lannon's death, the hotel briefly stood vacant. On September 12, 1958, it reopened as the Oswego Hotel, owned by local politician Robert J. McGann and his wife Estelle. In 1965, the hotel and all other buildings on the block were demolished in connection with urban renewal. The site has been occupied by the Mid-town Plaza retail center, now undergoing demolition so that East Lake Commons, a $25 million mixed-use complex, can rise on the site in 2021.

Thanks to Mark Slosek for research assistance. 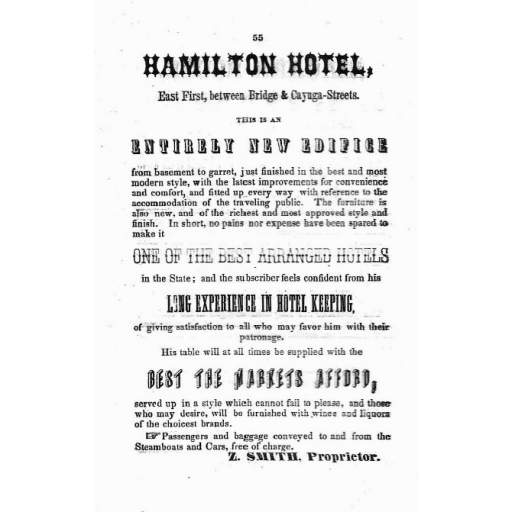 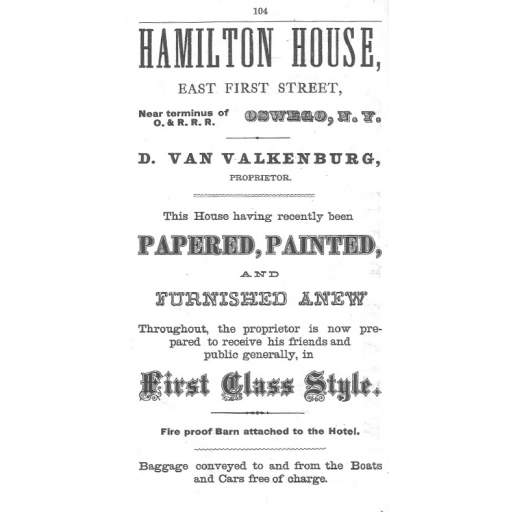 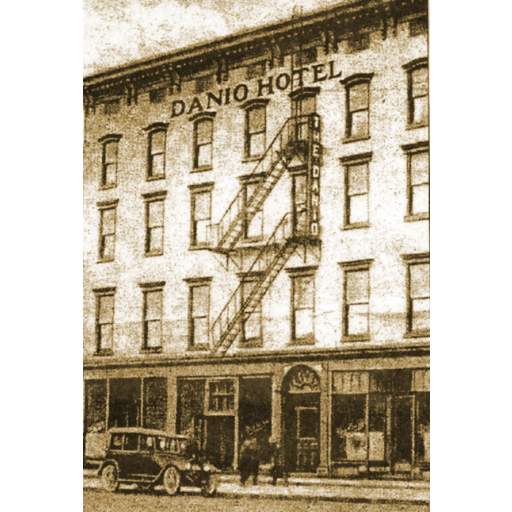 Hamilton House as It Appeared Circa 1920

The Hamilton House (built 1892) was the second structure of that name to occupy the site. (The first building with that name was erected by Hamilton Murray in 1855.) In 1909 the hotel was sold to one Joseph E. Danio, who upgraded the property and renamed it the Danio Hotel. This image may date to 1920 or 1921, the year when Mr. Danio sold the hotel at auction. The entire block on which the hotel stood was razed in 1965 as part of urban renewal. 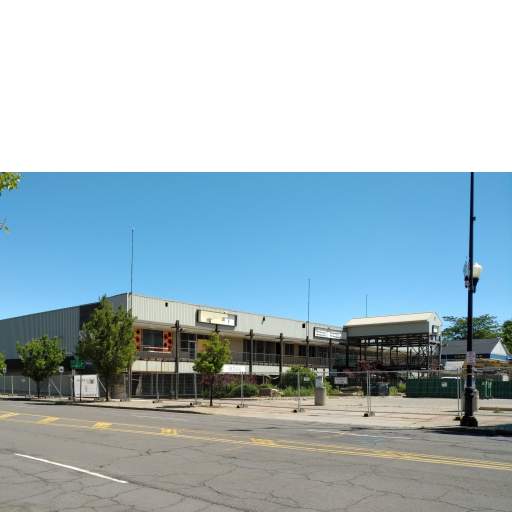 Since the mid-twentieth century, the Hamilton House site—indeed, the entire block on which it stood—was occupied by Mid-town Plaza, a modest retail center. As of June 2020 the plaza was undergoing demolition. It will be replaced by the East Lake Commons, a 75,000-square-foot mixed-use complex including some seventy apartments. Completion is expected in 2021.