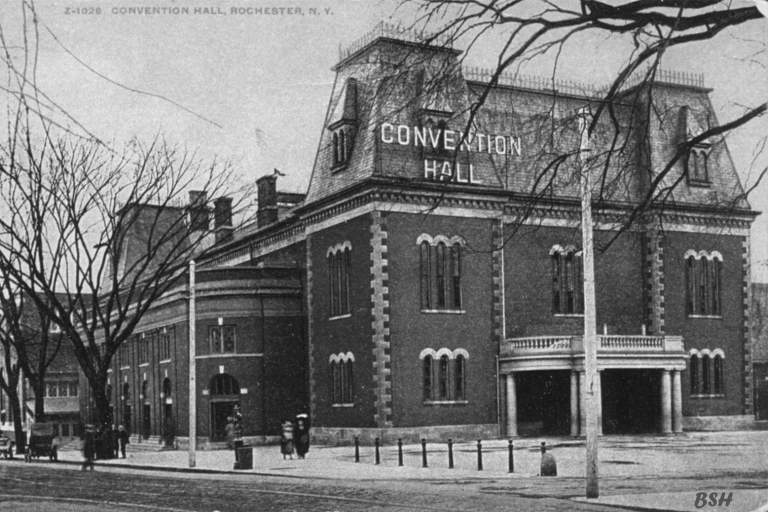 Convention Hall was the site of a significant regional woman suffrage convention in 1914, and in 1934 the venue for a lecture by anarchist activist Emma Goldman.

The Thursday evening gathering was the Convention's capstone event: participants marched in parade from the convention's headquarters, the Powers Hotel, to Convention Hall. The program, which began at 8:15 p.m., featured a mixture of musical performance and work sessions. The evening's feature event was a speech by veteran organizer Harriet May Mills titled "Field Work."

Goldman Speaks. On Sunday, April 15, 1934, anarchist Emma Goldman spoke at Convention Hall as part of a ninety-day national lecture tour. Goldman had first lived in Rochester when she came to America in 1886.

The Building. Since its erection in 1868, this building has assumed a new identity roughly every forty years. It was designed by architect Andrew J. Warner as a "Naval Armory and Convention Hall." Its military purpose was to protect Rochester and the Erie Canal from attacks by Great Britain. As might be surmised, the armory saw little military usage. The public began to conclude that it was merely a very expensive venue for traveling shows.

By 1908, the building had seen years of disuse. It was repurposed as the city's full-time Convention Hall and became a busy cultural center. In addition to the 1914 NYSWSA Convention, Convention Hall saw a performance by legendary tenor Enrico Caruso and political conventions featuring William Jennings Bryan, Governor Charles Evans Hughes, and William Howard Taft. The Hall became an emergency hospital site during the influenza epidemic of 1918.

In 1949, the U.S. Naval Reserve leased the building but stopped using it in the late 1960s because of structural deficiencies. In 1982, Rochester's Geva Theatre Company petitioned the New York State Division for Historic Preservation for permission to purchase the structure. That was granted, and the theater company began an ambitious restoration project. Not only did it give Geva the impressive home that continues to serve it today, but the project also became the catalyst for the rehabilitation of that entire portion of Rochester's Clinton Avenue district. 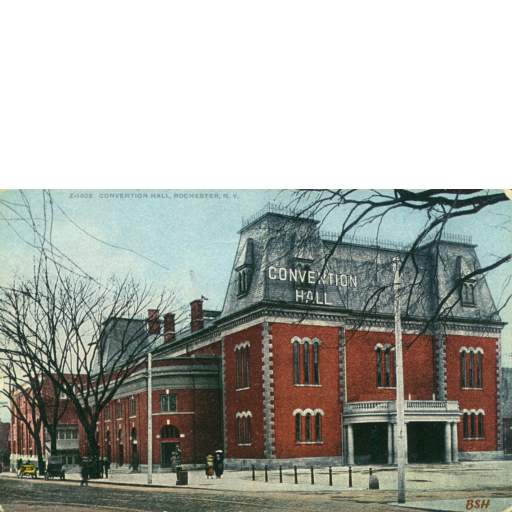 This hand-colored photograph of Convention Hall appears to date from the teens of the twentieth century. 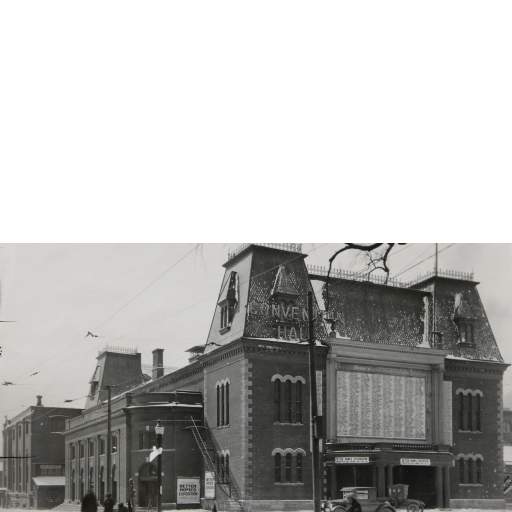 This monochrome photograph appears to show Convention Hall hosting a home show in the late 1910s or early 1920s, based on the vehicles in the picture. 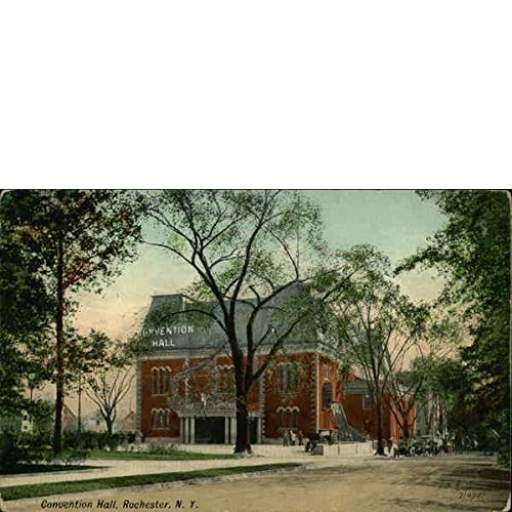 This colored postcard image appears to date from the mid-1920s. 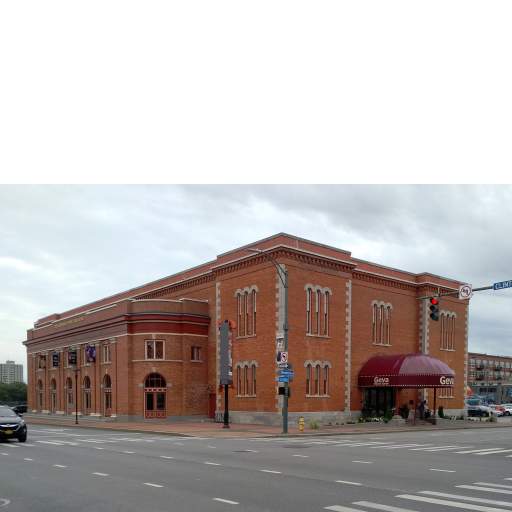 This present-day photograph was taken from a vantage similar to that of the first two period photos. In renovating the building, the Geva Theatre removed its mansard roof and undertook other simplifications. 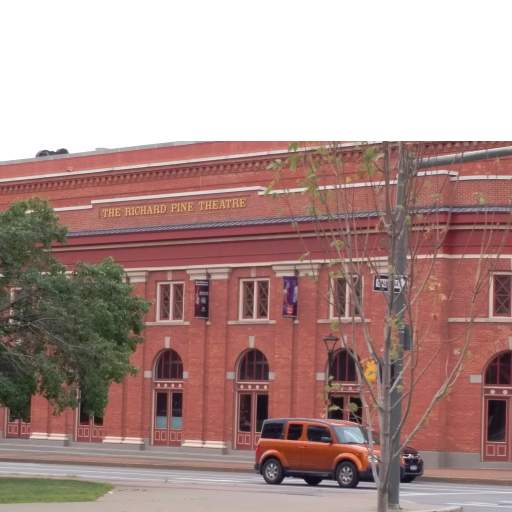 Clinton Street side of the present Geva Theatre memorializes Richard Pine, namesake of its principal stage. 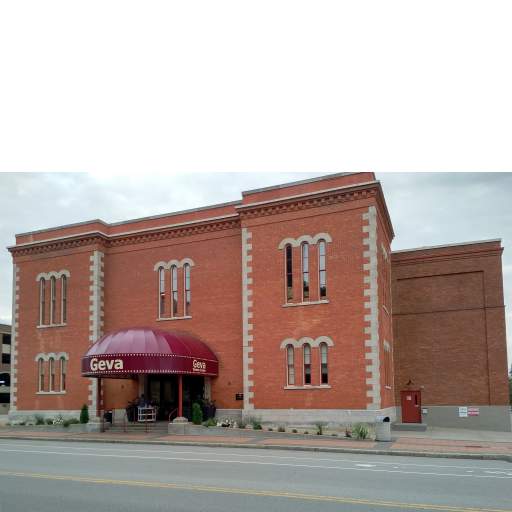 This present-day photograph was taken from a vantage similar to the third and final period photograph. It shows an annex (right) that likely accommodates a larger stage; the date of its construction is unknown.