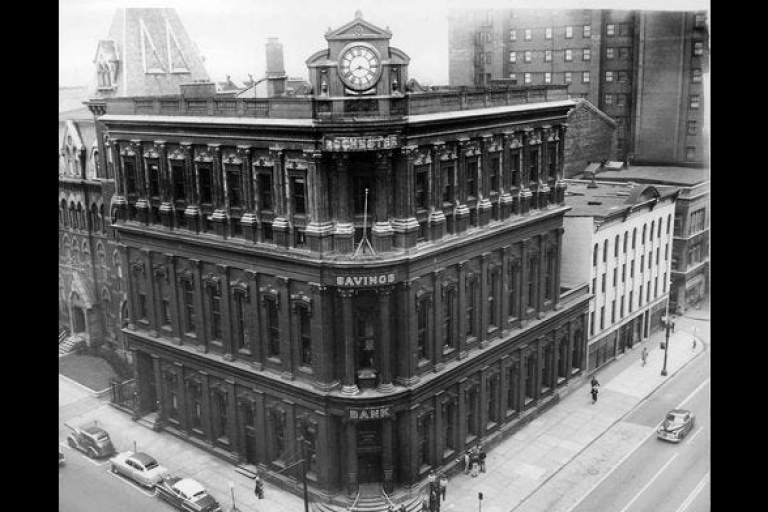 The twenty-second annual convention of the New York State Woman Suffrage Association (NYSWSA) was held in Rochester on Tuesday to Thursday, December 16–18, 1890. In the late afternoon of Tuesday, December 16, a reception for nationally prominent suffrage leader Susan B. Anthony was held in the offices of the Chamber of Commerce. The Chamber of Commerce occupied the top floor of the Rochester Savings Bank's headquarters building at West Main and Fitzhugh Streets. The Chamber donated the use of its space for this event. An estimated 600 persons attended the reception, among them D. J. Hill, President of the University of Rochester.

At the reception, Anthony delivered the convention's keynote address. Prominent suffrage leader Anna Howard Shaw also spoke, saying in part: "The rights of women will never be freely accorded them at the polls. ... If there is anything to be done for the enfranchisement of women, it can only be done by organized effort." Also thought to be in attendance were then-NYSWSA president Jean Brooks Greenleaf, suffrage leader Lillie Devereaux Blake, and Sherwood-area activist Emily Howland, all of whom took part in other sessions of the convention.

The other venues for the 1890 conventions were First Universalist Church, where the convention's plenary sessions were held, and the Whitcomb House hotel, which hosted executive sessions of the Association's governing board.

The Building and Site. This site was the second headquarters of the Rochester Savings Bank (RSB). The bank's first headquarters had opened in 1842 at 47 State Street. It was quickly outgrown. The bank purchased the land at Buffalo (now Main Street West) and Fitzhugh Streets in 1853. Architect Henry Searle designed a handsome three-story building with a prominent dome-style roof. In 1875 the building was extended and modernized by Henry Searle Jr., son of the original architect. A fourth story was added along with a new metal roof and various ornamentation. The interior was reconstructed in 1908 and 1909 under architect J. Foster Warner. In 1927, RSB erected a new headquarters building at 40 Franklin Street. The building at Main and Fitzhugh was apparently taken over by another bank. It was demolished in 1955 and replaced by a three-story marble structure that served for some years as a bank, but is now the Monroe Building, housing private offices. As for the Rochester Savings Bank, then named the Rochester Community Savings Bank, it was absorbed by merger into Charter One Bank (which for its part was absorbed by Citizens Bank in 2007). 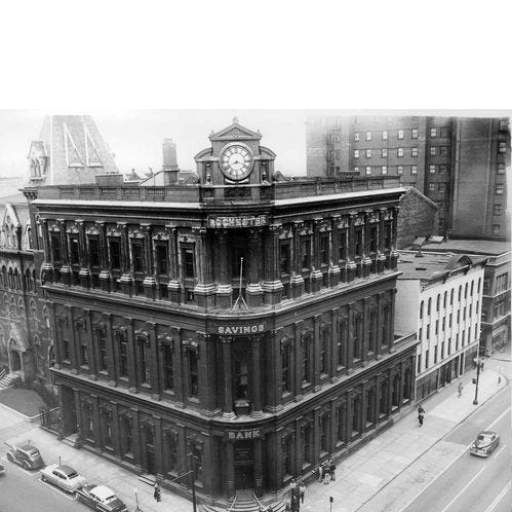 The Rochester Chamber of Commerce occupied the topmost floor of the 1857 Rochester Savings Bank Building at Main Street West and Fitzhugh Street North. 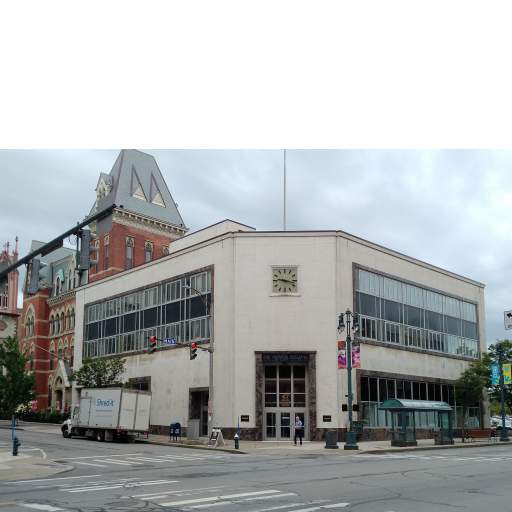 The Monroe Building is the current occupant of the Rochester Savings Bank headquarters site. 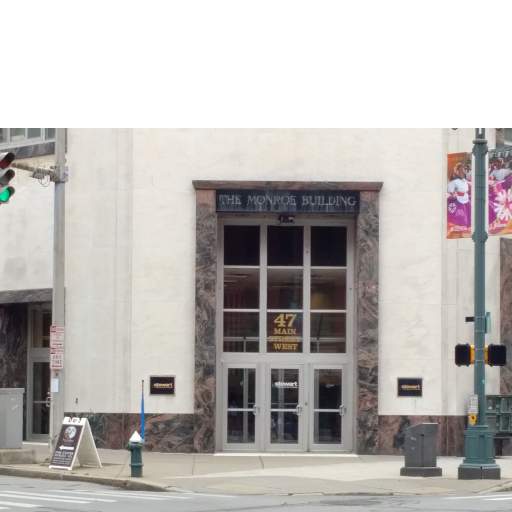 Detail view of the entranceway of the mid-twentieth century Monroe Building.