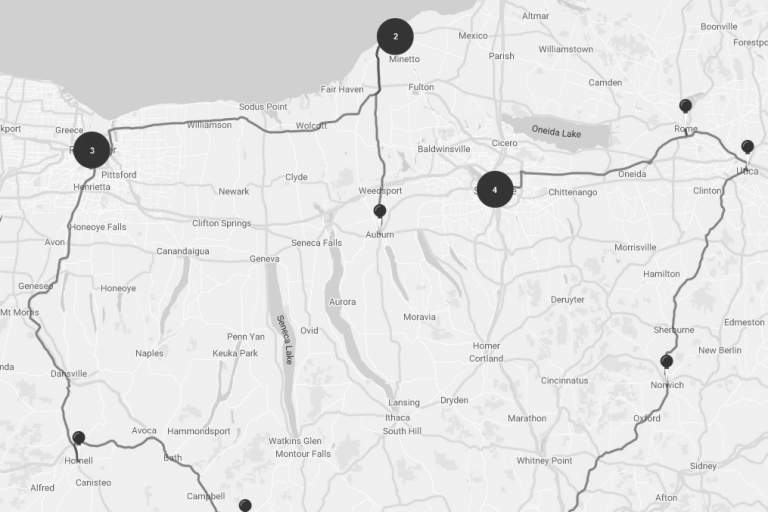 New on the Freethought Trail: Follow the Steps of Ingersoll!

"Robert Green Ingersoll delivered some thirty lectures within the Freethought Trail's coverage area—roughly, between Rochester and Utica, New York—and he spoke or lodged at fifteen known locations," said Freethought Trail Director Tom Flynn. "Based on research from the online Ingersoll Chronology, we are confident we've located all the places where Ingersoll spoke along the Freethought Trail. For the first time they are gathered into a new Curated Trail, which Ingersoll admirers can use to visit some or all of these sites and stand where history happened."

The new Curated Trail begins at the site of Auburn's Academy of Music (demolished in the 1970s), where Ingersoll spoke on two occasions. On January 21, 1885, he delivered his lecture "Orthodoxy." On April 28, 1894, he presented "What Must We Do to Be Saved?" (By that time, the hall had been renamed the Burtis Opera House.) The new Trail then proceeds to Oswego (two sites), Rochester (three sites), Hornell (then called Hornellsville), Corning, Elmira, Norwich, Utica, and Rome (one site each), concluding in Syracuse (four sites).

"It's a lengthy Curated Trail," said Flynn, "460 miles in all. And the Ingersoll fan who opts to follow it will see a lot of parking lots and office buildings, as few of the nineteenth-century theaters and opera houses where Ingersoll spoke still stand today. Still, it's the most thorough reconstruction of Ingersoll's lecture sites for any region in America."

The Freethought Trail is a project of the Council for Secular Humanism, which also operates a museum at Ingersoll's birthplace in Dresden, New York. The Trail celebrates west-central New York's rich history as a hotbed of nineteenth- and early twentieth-century radical reform activism in areas such as abolitionism, woman's rights and suffrage, freethought, dress reform, Utopian communalism, and more. It profiles forty-two activists and organizations associated with 136 historic sites.

To check out the new Ingersoll Lectures Curated Trail, go to www.freethought-trail.org and click on Plan Your Journey, then select the Ingersoll trail from the list. It is one of sixteen Curated Trails that bring together sites associated with special historical interests. 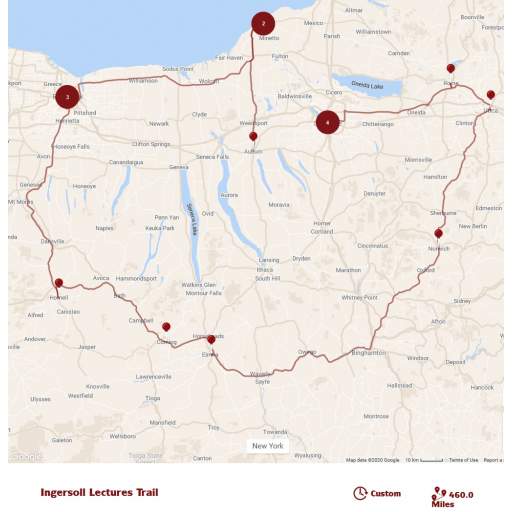